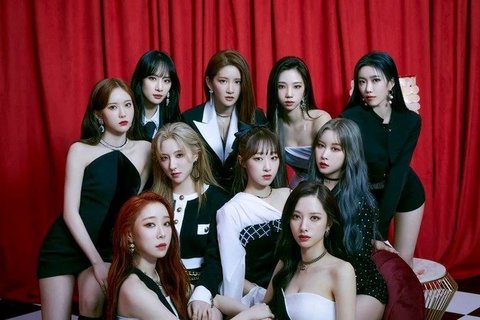 More Than Half of WJSN Used to be from Different Agencies

WJSN – a group where more than half of the members

Used to be trainees in different agencies

First of all, WJSN’s unnie-line: Seola and Exy the leader

They were trainees under Medialine Entertainment

TMI: Other trainees who were with them at that time include Kyungri from 9MUSES and Woohee from Dalshabet

Bona who used to be a Cube trainee

She spent her trainee days together with BTOB members

Looking at how she’s close with a few of the CLC members, it seems like they trained together

TMI: Bona’s friend’s friend was Exy, that’s why she knew about EXY ever since her trainee days keke

Eunseo who used to be a Pledis trainee

Yeonjungie who used to be an SM trainee

Side talk) Luda who had the shortest trainee period

This was shown on Queendom 2 as well but

She went to a music academy to look for a part-time job as an ad model but the position was already filled but when she got home they messaged her and asked if she’s interested in becoming an idol. They said they’re gonna teach her for free if she’s interested, so she thought they were scamming her kekekekekekekekeke And Lee Luda became a professional idol in the end, after learning for free ^^

When she was looking for a part-time job as an ad model at a music academy,

They told her instead of a part-time job, she should attend the academy and get into an agency.

TMI: Luda found out later on that she attended the same academy as Yeonjung kekeke

And Soobin, a living witness of Starship’s history

She entered the company before SISTAR, who’s her sunbae haha

(Soobin debuted when she was 21 years old)

(She’s been a trainee from the days when Starship only had a 1-story building, and she would have little chats with the staff)