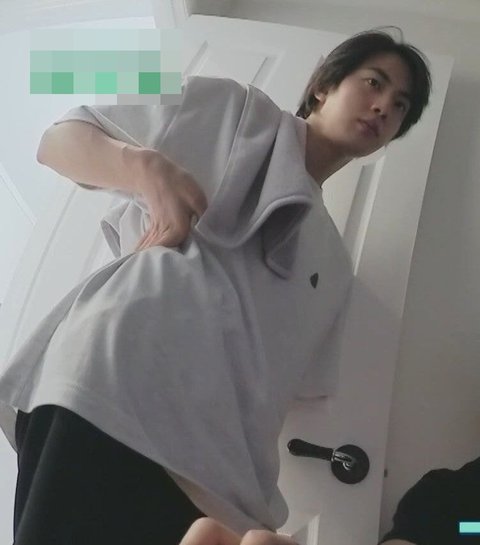 Whereabouts of BTS Jin whose physique is super slender

But shoulders are wide

His wrists and his ankles are all skinny, his waist is skinny too.

His hands are small too, that’s why his fist looks like a bean.

His shoulders are super wide.

Makes me think it must feel uncomfortable when he’s lying down on his side.

He’s been skinny recently, that’s why he doesn’t feel buff.

But because of his tall height and wide shoulders, he has perfect physique even with just a white shirt on.

And also his face is small.

His face looks like innocent manga material but what’s up with his shoulders.

The fact that someone like him exists in this world..

So thankful for that, thank you for being an idol.

Ending this with his beauty which can be described with the word pure.

Jin you should.. Get married (with me).

2. [+64][-0] What’s up with his shoulders, how’s he gonna sleep lying on his side like this? Daebak kekekekeke