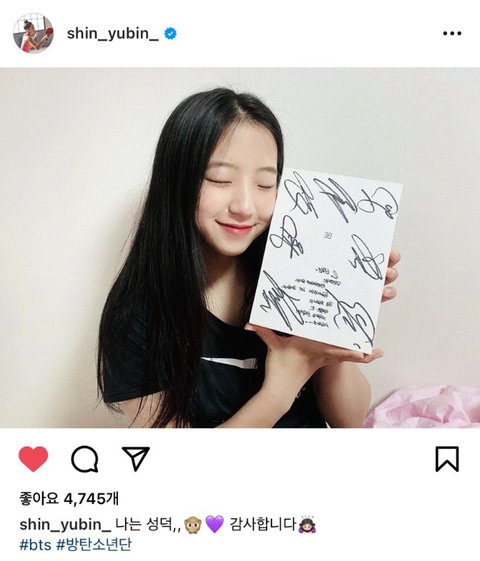 BTS, thank you today as well for giving many people strength

I’m a successful fan,, Thank you

5. [+26][-0] Leaving this here in case there’s any misunderstandings! That post was made by another ARMY and the one commenting below is V! Joo Yoontan meanse Joo Yoonbal (famous HK actor) + Yeontan (name of Taehyungie’s dog) and his profile pic is that dog.

8. [+10][-38] When Shin Yubin appeared on ‘Infinite Challenge’ she said she likes EXO, I’m disappointed. Why are people so unloyal?