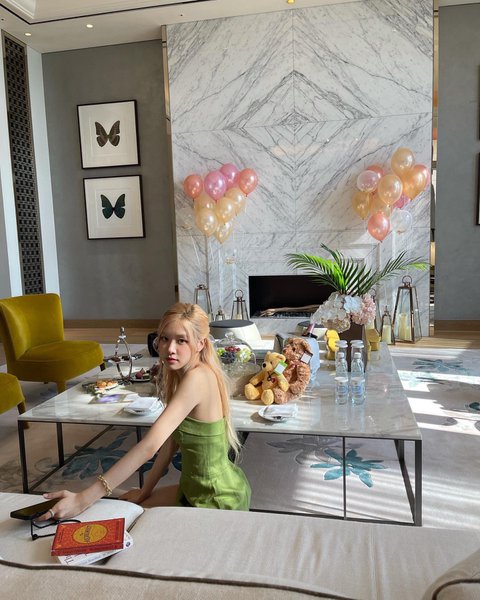 +) People keep on asking: this is in Korea, it’s a hotel in Incheon called Paradise City.

As a reference, that room is the best one in the hotel. It’s private, with a separate entrance. It’s expensive because it’s a whole villa with a private swimming pool.

1. [+173][-6] It’s a sponsorship.. Rosé tagged the hotel and she appeared on the hotel’s account too. If she had paid to go herself, the hotel wouldn’t be able to advertise like that.

5. [+34][-4] Money isn’t the problem here – it’s not just anyone who can reserve a room in places like that kekeke Even for 5 star hotels in Seoul, presidential suites at that level are only open to leaders from other countries or Hollywood superstars.

6. [+29][-4] Rose’s family is rich and her income is high, so it’s not unusual to get a hotel like that on a special day…? And even if its a sponsorship, Blackpink are global celebrities and the hotel benefits from her staying there and posting about it.