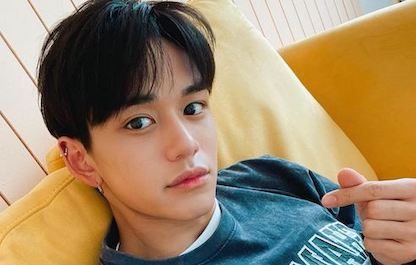 The last few days have been tumultuous for fans of Lucas Wong. As details of the scandal has been covered quite extensively in many sites and platforms, here’s a brief summary of all that has happened.

On August 23rd 2021, Twitter user @ooooshiiim created and tweeted a thread alleging that NCT Lucas gaslighted and cheated on her while they were dating. Here’s the original post (click to read):

Screenshots of chat logs and a voice recording of what was allegedly conversations between Lucas and @ooooshiiim was also provided by @ooooshiiim.

Lucas: I couldn’t go out because of him

@ooooshiiim: You couldn’t go where?

Lucas: I’ll call you when I reach the hotel

Soon after, fans claimed that the voice message was pieced together from a similar message he posted on Bubble.

On August 24 2021, the plot thickens as a Chinese netizen posted her side of the story in response, also alleging that she was in a relationship with Lucas and that he cheated on her. You can read the details and translations of the original post in English here.

Lucas is seen leaving Korea for China as SM announces the comeback with Hendery has been postponed.

@ooooshiiim posts on Twitter that Lucas has been calling her, though she hasn’t picked up.

August 25 2021: Lucas releases a handwritten apology on Instagram. The letter was in Chinese with the Korean version in the captions of the post that he mentioned was translated with help from others.

I apologize to those who were hurt by my wrong behavior. If you give me a chance, I would like to personally convey my words of apology.

I also genuinely apologize to my fans who have given me lots of love and support.

While watching the situation during the past few days, I have looked back on my past behavior and sincerely reflected on it. Looking back on my behavior of the past, it was clearly wrong, and it was an irresponsible behavior that betrayed the support that my fans have shown me for a long time.

I would like to once again apologize to everyone who was disappointed by my actions.

I will make sure that something like this does not occur again, and I will halt all of my scheduled activities to take time to reflect on myself.

Lastly, I would like to apologize to the members, company staff, the many cooperative firms, and broadcasting personnel for causing an inconvenience.

A statement was also released by SM Entertainment.

Hello. This is SM Entertainment.

We apologize for causing concern due to our artist Lucas’s personal life.

We recognized the seriousness of this matter and have decided to to halt the release of all content for WayV’s Lucas and Hendery’s single “Jalapeño,” including the song and music video that were scheduled to be released on August 25 at 6 p.m. KST.

Lucas is deeply reflecting on having caused great pain and disappointment due to his wrong behavior, and the agency also feels responsible for our poor management of the artist.

We once again deeply apologize for causing concern to many people including fans with Lucas’s personal matters.