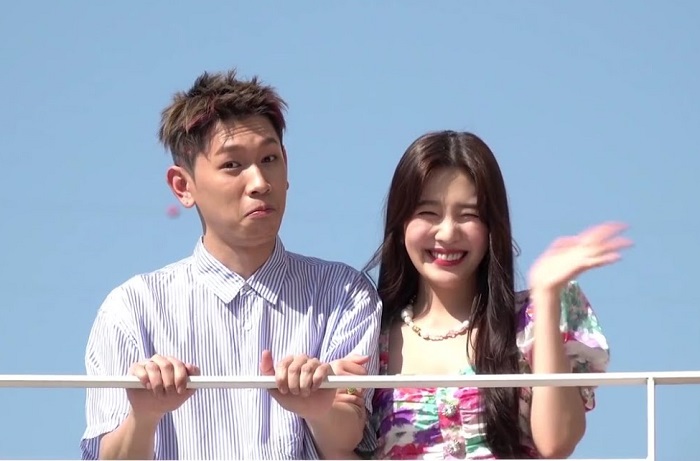 There isn’t much about Lucas on the news right now because of Joy’s dating rumor.

1. [+79][-15] Ehh why is there so much negativity in the comments? That’s possible too, right? It’s common in the political world too.

2. [+40][-1] No but honestly what is Lucas huh, is he so important that they need to use Joy to cover up his incident…? For someone like me who has no interest in idols, I watch the news including news about the  entertainment industry, but I barely know the existence of NCT let alone Lucas. For real, what is he…?

4. [+13][-0] If the purpose is to cover up, Lucas would’ve been on the news first keke Also, why would SM create a dating rumour about his own artist who is currently having a comeback, if they know everything that’s happening behind the scenes in the entertainment industry? What’s the point? Why don’t you think first?

5. [+9][-0] If you really think that’s the case, you’re over-immersed in the situation. Ordinary people don’t really know about Lucas. Even people who come onto Pann once every 2 to 3 days don’t know that this person exists.

6. [+8][-0] In terms of level of recognition: Joy >>>> Lucas, are you fxxking stupid… That’s more fxxking losses than gains for the company.

7. [+7][-0] ..? Not only did Lucas get exposed by ordinary people, but Joy went on the news first too..? So, you think the people who exposed Lucas went up to SM and told them ‘I’m gonna spread this so be ready’ and SM spread the news about Joy in order to cover up Lucas?? kekekekekeke Please don’t make this kind of assumptions, ffs.

8. [+7][-0] The more views you get the more money goes into your account. If you’re a reporter, would you rather write about Joy or Lucas kekekeke

10. [+5][-19] Joy’s fans are on a different level huh. The problem is that she chose to go on a date with her boyfriend together with his dog in front of his house out of every other place she could’ve chosen because she wanted to make it obvious. At this point it’s kinda like they are the ones who reported to the media outlets with the pictures.

Sharing Pics Of Seulgi In Her Casual Outfits