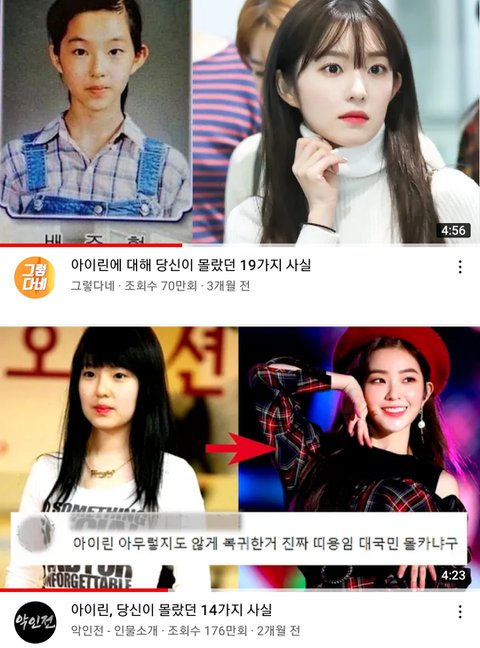 Saying she’s gonna self-reflect, but she ended up finishing the filming for her movie.

She even attended the press conference for the movie.

Contents for her birthday were released.

There are still Bubble updates from her.

She’s communicating with fans through her posts on Lysn.

And she even participated in performances in the SM TOWN concert.

2. [+590][-107] It’s spreading in the industry kekeke Aside from that victim, there were many other victims of her bullying.SM only gave in and shut their mouth because of the video recording.

3. [+514][-21] Yea it’s bullying, she even apologised for it, what’s wrong with the stupid bastards who are still tryna whitewash her saying that everything’s made up？kekekekekekekekekeke

4. [+430][-594] How can she stop filming the movie midway, are you fxxking stupid? Her Lysn posts are basically all apologies, nothing else. She almost never used Bubble in the first few months, and it’s only recently that she updates 1-2 times a month. She only appeared in the first press conference, only the male protagonist was there during the stage greeting. If you’re gonna write this kind of post, I hope you do your research before writing anything ㅠㅠ

5. [+296][-622] It’s been confirmed that what’s spreading in the industry was made up by a fake account, and you’re still mentioning it.. In the industry, around 70 people who are not from SM have shown support to Irene, are you blind and deaf?

6. [+276][-275] The filming ended before the scandal, and everything she’s done was scheduled way in advance, what’s wrong with that kekekeke

7. [+183][-173] Should I tell you clearly why people disagree on Irene coming back? kekekekekekeke It’s not because they’re righteous and they dislike Irene’s bullying acts, people only want to see the decline of a successful celebrity kekekekekekekeke You guys can try denying lol, what I said is right anyway kekekekekekekeke They just find it fun to see successful people’s career getting ruined that’s why they’re disagreeing, rather than genuinely not being able to forgive Irene’s actions kekekekekekeke Stop pretending that’s not true.

19 facts you didn’t know about Irene

Irene, 14 facts you didn’t know about her

9. [+141][-14] But tbh from a non-fan’s perspective, it’s true that after remembering her ‘self-reflecting’, her apology and her bullying, I don’t wanna spend anything on her anymore.

10. [+131][-157] But it seems like the issue between Irene and the victim was resolved, why is she still getting cursed at? Inferiority complex is this scary keke