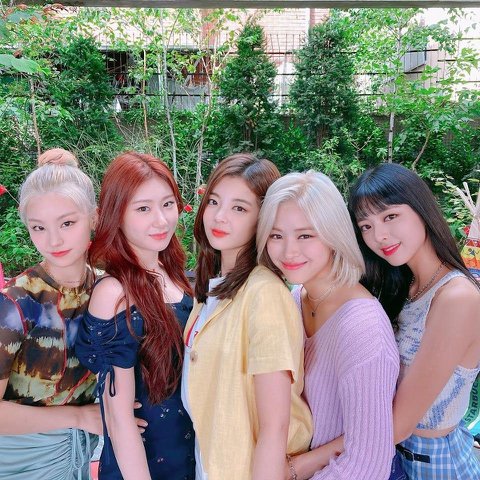 I was fxxking shook when their debut group pics were posted.

I thought the combo of their members was dope.

I almost fainted when I saw their MV.

And when I watch their stages I just….. From that day onwards I became a big fan of ITZY ^^^

I wondered where did JYP find these kids, choosing them, grouping them and making them debut.

It was a moment when I understood why people say people say JYP is good at forming girl groups.

I really think JYP is renowned for creating girl groups.

5 members standing together next to each other.

Maybe it’s because their physiques are similar, that’s why there’s a sense of stability.

Their visuals have been slaying ever since their debut, they have small faces and their arms and legs are long and slim.

It’s so much fun watching their stages ㅜㅠ

Should I say it feels like 5 different cat-faces gathered together?

A group in cat costumes.

4. [+87][-9] Yuna is really a fraud character (too perfect to exist). She has the visuals, she’s tall, she has nice proportions, she’s talented, she used to be a floorball player when she was a student, and she was excellent in her academics.. She’s also young, haaa a girl who has everything.

8. [+57][-26] There are so many Chaeryeong haters seriously kekekeke She’s fxxking pretty though.

10. [+56][-4] For real, normally when female idols from big agencies debut, netizens try very hard to bring them down keke but the moment ITZY’s picture was released, netizens were going crazy and they even said ITZY’s setting new standards for rookies. Even the response on Pann was fxxking good, haters had nothing to diss about because even they think ITZY’s perfect.

11. [+54][-49] A Japanese Proboscis monkey is more annoying than someone who’s not talented enough. At least the latter is pretty.