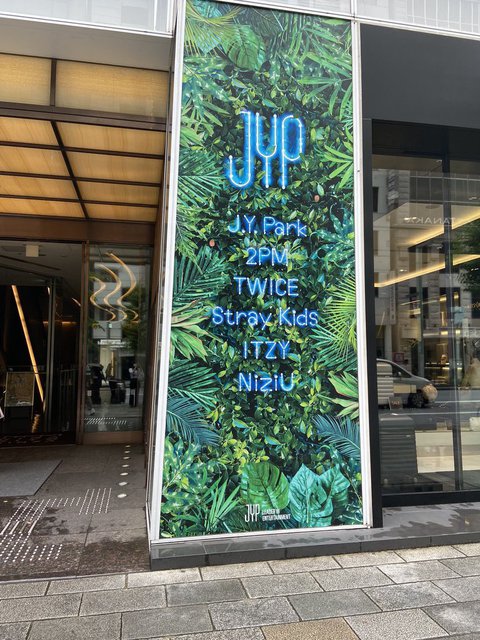 Including Park Jinyoung himself, all JYPE idols are there except DAY6.
But well this is some Japanese contract so after it ends it doesn’t matter.

Tbh even though DAY6 didn’t earn the most for JYPE he should at least realise how amazing they are;; Tbh among the idols on Idol Pann, how many people dunno DAY6 songs??..? Even on fansigns there are so many requests for artists to sing DAY6 songs. Tbh even if they’re not under JYPE, DAY6 is more than capable to become successful.. ke More than half the people dunno they’re under JYPE.

Seriously, I’m so angry. Even when DAY6 makes a comeback, he doesn’t promote them and he doesn’t let them go on variety shows~~ ㅠ ke So jealous when I look at other JYPE idols ㅜㅠㅠhaaa

1. [+505][-304] After searching them up, they’re in their 7th year of debut already. After so many years and with that achievement, they should be grateful if they’re allowed to release an album. Saying he doesn’t realise how amazing they are and saying everyone knows their songs, looking at how their fans can’t fxxking judge themselves objectively, there’s a reason to why they’re not popular.

2. [+305][-20] Seriously why is JYPE like that? If I were them, I would’ve promoted them hard when <You Were Beautiful> hit big. Do they not know how to earn money? Please push them more, they’re all under the same agency, this is so upsetting.

4. [+143][-79] They don’t have a fandom that’s why their albums don’t sell well. It’s not like they have popularity or they do well on music charts either, once they leave JYPE they’re just gone, why do they deserve better treatment?

5. [+119][-1] No kekekekekeke the fact that he left out his artist but put himself first so confidently is just so funny.

6. [+105][-0] JYP is really going for cost-effectiveness. Ever since their debut, they were going for the indie band path. He didn’t let them go on variety shows at all, they had to write their own songs and grow their own fandom. They’ve been releasing stuff little by little but only their merch are selling well but again because they’re a band so he’s not making them go on variety shows kekekekeke Even when they comeback he doesn’t promote them, but because their concert tickets sell well so it’s fine right.

10. [+64][-2] The day DAY6 gets dissed on Pann has come… Pann-gga-heung (Idols becoming successful when Pann-nyeos shit-talk about them) is science.