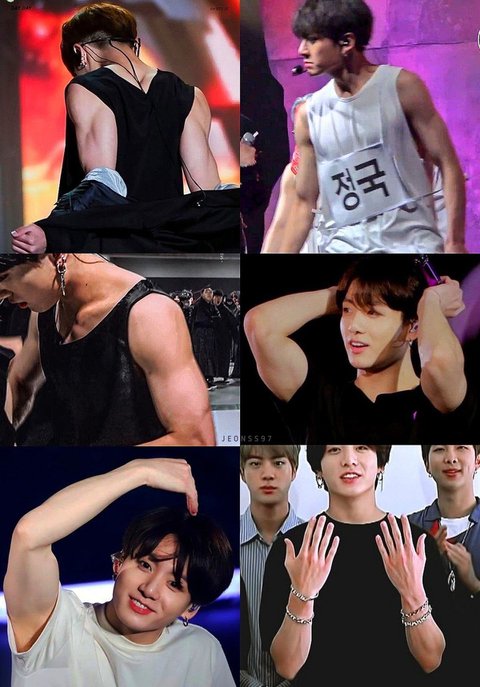 He’s a roider (steroid user)
– Handsome guys | should not be exercising fxxk
– He’s really fxxking handsome, we need to ban him from exercising
– His muscles, build and core are fxxking good. When he’s over 30 and quits being an idol, it’s definitely possible for him to be that big buff guy biting y’all.
– Idol is an occupation that’s got nothing to do with bulking up, if he works out like that his body must be very strong.
– His lower body is awesome *shivers*
– At least he can cover his upper body with clothes, he can’t hide his lower body with anything kekekekekeke
– He’s exercising so hard with that handsome face, god damn it I envy him.
– His body hits second, his face already-

And also, he really got banned from exercising by the agency before.

*Heol there’s so many comments, but guys it’s all good, let’s just not diss other members**
The reason I didn’t include the link to the original post is because even though there’s only a few, there are sexually harassing comments.

3. [+270][-12] Yea… He gains muscles too easily that’s why his agency told him not to exercise until he turns into an adult (?) keke But compared to back then, he’s bigger now ㅠㅠ

10. [+58][-1] Telling handsome guys to not exercise kekekekeke ah for real Jungkook’s obviously a kid but his physique is so heart-fluttering… They said you can’t help if one looks cute, but he’s both cute and heart-fluttering what should I do ㅠㅠㅠㅠㅜ

Feeling How Rich BTS Jin is