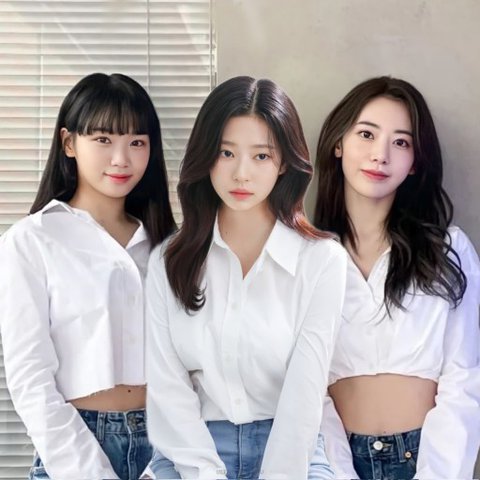 Isn’t It Really a Shame that Kim Minju is Missing in LE SSERAFIM?

I think it would’ve been really insane if they performed ‘FEARLESS’ with Kim Minju as the center.. Such a fxxking pity. It seems like she went for acting, but no matter how I look at it, I think she’s perfect for an idolㅜㅜ She suits LE SSERAFIM’s group image so damn well, and she could’ve made it onto the 4th gen visual line too, what a shame.

1. [+265][-32] Not really… The LE SSERAFIM members’ ambition is no joke, she would stand out too much because she’d be the only one who doesn’t seem to have any passion/enthusiasm

2. [+200][-5] Minju has zero talent in dancing that’s why she had to work super hard to be able to perform on each and every stage, and that must’ve been very tought for her. Even though she’s a stiff member (when it comes to dancing), she didn’t get picked on for her mistakes in group choreos and she was a popular member, because she practiced and practiced over and over again… Just root for her future path as well

3. [+193][-4] If you look at the LE SSERAFIM’s choreos now, it’ll be difficult for her even with a lot of effort. Especially when they’re busy during comeback periods, the busier they get the more difficult it will be for her. I just think Kim Minju made the best decision for her future.

4. [+168][-10] True but she has no talent and she herself knows best. If she’s not talented, she has to work super hard to compensate for that. It’s tough if she has no enthusiasm. It must’ve felt burdensome for her.

5. [+107][-6] Eh, I thought Kim Minju’s dancing was pretty though – I liked her dancing the most after Lee Chaeyeon tough. I think the problem was with her learning speed though, not with her being stiff. The reason why I think it’s a shame is because learning speed can be improved by a lot if she increased the amount of practice.. And she’ll become more skilled if she becomes more confident on stage. Her lack of skills was not so bad to the point where it would’ve been an issue. It’s just that in IZ*ONE, members like Eunbi, Yena and Wonyoung, etc. had a lot of different gestures and facial expressions, that’s why she skills appeared lacking in contrast to her visuals…