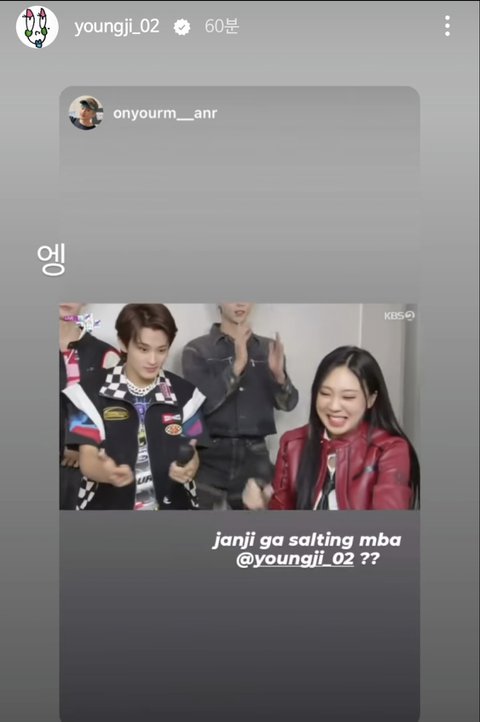 Captured in a 2-shot with Mark

1. [+118][-179] Isn’t it Mark who’s successful? Even if people know Lee Youngji, they won’t even know which group Mark is from though? And talking about rapping skills, Lee Youngji is also more…

2. [+82][-4] We say Youngji’s succesful because she’s originally a fan of Mark and NCT. Youngji also posted about Jaehyun and Mark on Insta;; Whenever it’s any talk about NCT, people try to twist it. But anyway, these people are.. stupid losers in life