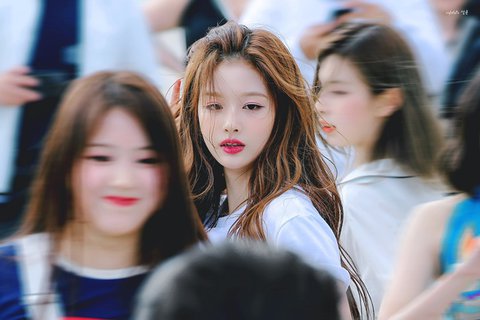 NMIXX did a busking event at Venice beach

And fancam pics of Sullyoonie are out

Where did JYP find such visuals?

He really needs to thank Sullyoonie

Why are the previews so nice ㅠ

Honestly, she has ‘fantasy-romance visuals’ that will leave a mark in the history of K-pop

How can these pics…

I thought they’re from a fantasy-romance novel

1. [+45][-17] Seriously, it hasn’t even been long since her debut and she already looks like this. As time passes in the future, I think she’ll get even prettier.. With those visuals, she honestly has so much potential..

4. [+23][-4] What’s up with the people with inferior complex in the comments kekekeke Pann who’s only mean to pretty girls.