Bop to K-pop
Home Knetz Says If They Can’t Sing While Standing During Encore Then They’re Really Bad.. 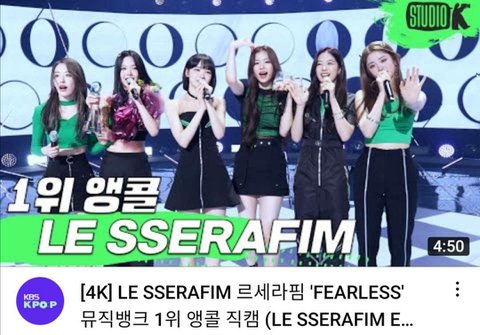 If They Can’t Even Sing While Standing During Encore Then They’re Really Bad..

It’s also funny how people are defending them saying they couldn’t sing well because it’s a hard song to sing..

Not like it’s ordinary people singing at a karaoke. This is their own title song as an artist though lol;

And it’s not like they have few hundred songs. Weren’t they practicing this one song for a few months?

1. [+414][-4] Fancams with the idols dancing are more important these days, maybe that’s why they’re getting worse at singing, and all they do is try to look pretty / cool while lip syncing, pretending they’re singing live with live AR… It’s really depressing.. In the past people were like ‘don’t look down on idols, they can sing well too’ ㅠ

3. [+131][-0] Some people are asking why are we judging them based on their encore stage, well what else should we judge them on then.. They don’t normally sing live.. And during encore they’re not even dancing, they’re just standing there and singing – is there any live performance in a more spacious environment than that?

4. [+115][-1] It feels like watching that awkward silence in a karaoke room. When you thought it would be freaking exciting but after booking the room it’s just awkward silence.

5. [+83][-1] I’m just freaking speechless about idols not being able to sing well keke I also don’t get those who are tryna defend them by saying stuff like ‘why don’t you try go up and sing’ – that’s not even my job, why are you asking me to do it?