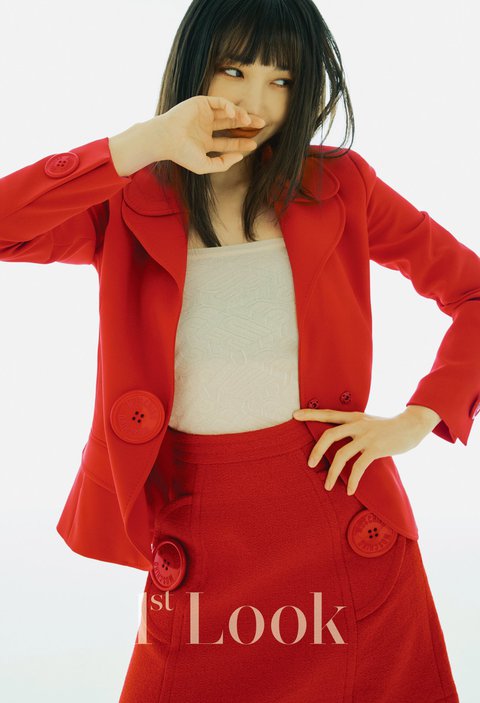 For their comeback, Jung Eunji was actually the busiest member out of all 6 of them

She participates in all the activities

And she has a radio show everyday, she’s seriously amazing

Both in the group and as a soloist, she has pride in her job

You can see that she’s working hard

She communicates with the fans the most

Although she’s not very very good at dancing, it’s really obvious she puts in a lot of effort and works hard

After coming back at midnight from filming a variety show, she sleeps for 2 hours and gets up to film Apink’s variety show again

1. [+50][-24] Even though my bias in Apink is another member, honestly speaking for this comeback, I think Eunji is really so amazing to the point where I feel sorry for her… Even though her schedule is just mission impossible, she still takes part in everything and she always has a smile on her face, and I think that’s really cool. Throughout almost 2 years, they’ve been through lots of difficulties and finally they managed to do a comeback. Even in their reality shows, listening to the talk between members these days, it seems like they’ve grown closer over these tough times and they’ve also talked together a lot more. Looks like the future’s gonna be even better!!!! Hwaiting to all the members!

3. [+23][-9] I agree Jung Eunji is amazing. She’s already popular, so as long as she finds a good character in her acting career she’s gonna continue her success. It’s not easy to find a better character every time, and given that she doesn’t get in trouble, the industry will continue to invite her. But because she likes her group, she’ll participate in group activities even if they overlap with her other duties. From the perspective of a fan, I think it’s natural for us to think she’s amazing and feel thankful for her.

4. [+17][-12] For real… She’s so busy to the point where she’ll collapse any second but she doesn’t show it at all. She digests all of her schedules well and she even interacts with her fans very often… How can we not like her when it’s so obvious how much she loves her group.