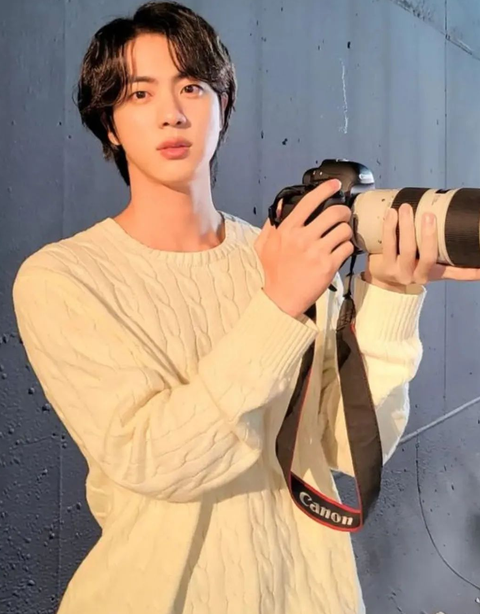 (The BTS members were doing a VLIVE)

Suga… The person that even Suga is worried about, telling him to exercise, is BTS Jin

The person whose diet Suga is worried about = Jin

(RM) His beautiful bones are also natural-born, it’s all about genes

(RM) Does he not play games as much these days?

(Suga) I don’t know. He said he stopped. But he said he’d rather play games than eat

Is our height difference 2cm?

What’s impressive about that hyung is

But he’s only 61kg. I’m saying, the world is really so unfair.

He was also born with beautiful bones”

According to the members

His shoulders are super wide and his bones are beautiful too

Handsome Jin is tall as well but he is light

I think I know why he’s called ‘grapefruit tatami’

Are There Idols Who Really Suit Glamorous Styling?