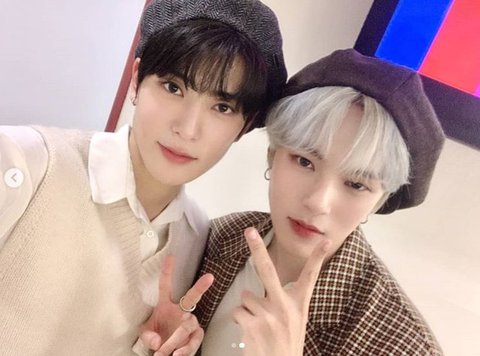 This is them having a convo during an awards ceremony.

Minhyuk from the front.

Their chemistry was dope indeed.

1. [+50][-0] There’s really no need to hesitate when it comes to how handsome Minhyuk is. He himself is super handsome too, that’s why.

Jooheon: Jaehyun-ssi has the face I want if I could be born again.

Minhyuk: Jaehyun has a good personality and he has a handsome face.

You Are So Beautiful’ on KBS Gayo Daechukje gave birth to this combo.. According to a PD from Inkigayo, they’re placed first during the casting.

Minhyuk: Not long ago, Jaehyunie brought walnut cookies to Inkigayo. How can his personality be so good too when he already has a handsome face… And so everyone in Inkigayo enjoyed the cookies.

5. [+6][-0] Wow, they look like some royalties in the pic where they were having a convo during an awards ceremony.