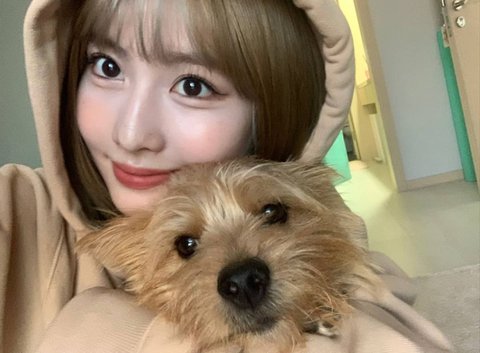 Perfect attendance from the 6th onwards till the 31st-

She really didn’t miss a single day in June, from the first day of the month till the last.

Even if it’s not everyday, this is still super amazing.

Is her attendance insane?

Who else would come so often ㅠㅠㅠㅠㅠ

This is crazy. I can’t stop saying it.

Obviously this is still ongoing.

(Bubble: Paid app (4500 KRW a month) for fans to communicate with idols)

Momo’s fans must be so happy. It’s not a waste of money for them at all.

1. [+225][-15] In the past I wasn’t really interested in Momo but surprisingly after TWICE’s encore incident (where they were mocked by netizens) I started liking Momo a lot… She seems to be putting a lot of effort into improving her singing and she works hard on her dancing as always. She’s so cool.. Her personality is cute too and she communicates with her fans a lot ㅠㅠ This is my personal opinion, I don’t accept fights if anyone wants to pick up one^^

3. [+61][-2] People like her should be idols. It’s fun to be their fan. It’s not like controversies about their skills pop up everyday. She did well in their new song. It’s a lot better when the song matches her vocal range. She did well in ‘The Feels’ too. It’s worth spending money on idols like her. TWICE cosplayed for their 6th anniversary party this year. Fans must be really happy. FYI, I’m a fan of TWICE. Just saying, haha.

4. [+51][-3] Am I the only one who’s starting to find TWICE quite likeable these days…? I really like how easy-going they are, as well as their overflowing love for their fans. I just really like them…

7. [+17][-1] Honestly, I don’t understand why idols don’t have time to post on Bubble regularly no matter how busy they are.

8. [+9][-1] I’m a fan of another group but I’m touched by how Momo not only posts so often but communicates with fans so sincerely.