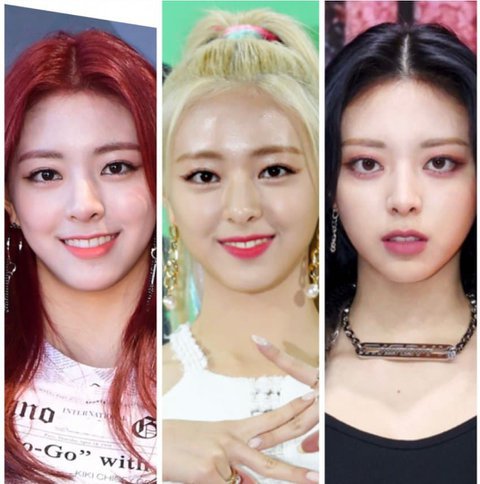 Yuna’s Face From Debut Till Now

What has changed? She looks pretty in all these pics though. Is it because she lost her cheek fat, her eyes grew bigger and her chin became sharper?

2. [+195][-9] She was indeed really pretty during her early debut days… Her face has changed, and her eyes, her nose tip and her philtrum all look strangely different now.

3. [+164][-12] But that’s because she’s smiling in the first 2 pics and expressionless in the last.. Yuna’s eyes have always been round and beautiful.

4. [+104][-4] Weren’t everyone fxxking shocked by Yuna’s visuals during ‘Dalla Dalla’?.. Whenever I watched her fancams, my eyes would become freaking huge because of her insane beauty.. Based on my personal preferences, Yuna’s fancams during ‘Dalla Dalla’ are the prettiest among all female idols.

7. [+66][-1] After debuting, it seems that her cheeks have become more prominent and her eyes protrude a bit more as she lost weight on her face. Same thing with Twice’s Jihyo. Their eyes looked the most different after losing their cheek fat.