Bop to K-pop
Home Knetz Says Is There A Group That Gives Sitcom Before Their Comeback?? 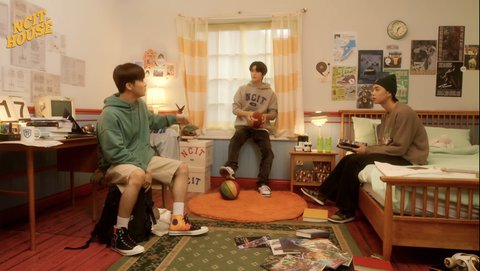 A new teaser was uploaded at midnight, and they’ve done it with a sitcom concept!

By the way, this is the NCIT (Neo Culture Institute of Technology) concept, an engineering college concept that they started with in their first teaser!

Let’s start by introducing the characters.

Surprisingly, the acting and comedy level is pretty good, so it will be really fun to watch it when you’re bored!

By the way, for the English part I recommend setting Korean subtitles because every word is so funny.

Oh and there’s a last character, its Czennie, Nctzen!

The picture above is NCT 127 welcoming NCTzen upon arrival!

Finally, NCT 127 is coming back on 17 September, please watch out for it!!

5. [+42][-0] The product placement in the middle was so funny kekekekekekekeke even the members were laughing.

6. [+38][-0] Jaehyun and Johnny who suspected that Mark was the real Spider-Man was so funny kekekekekekekeke I hope many people see it. They act so shamelessly.