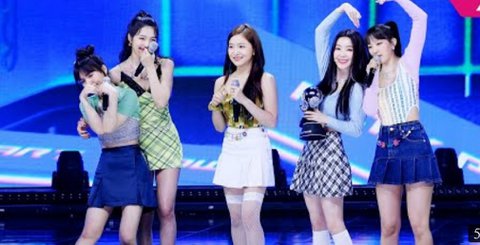 This is their M Countdown Live from yesterday.

Red Velvet is good at singing live for their encore… I already knew Wendy and Seulgi are fxxking good, but it seems like Joy improved a lot as well, and I’m surprised how Irene and Yeri sound exactly the same as the CD.

3. [+62][-28] Apart from their skills, I could see nothing but Joy’s proportions when watching the fancam…. Her body is really fxxking nice and her face is tiny.

4. [+49][-3] You can really believe in and listen to Red Velvet’s live.. They’re the ones who sang live while performing the choreo for ‘Dumb Dumb’ 1~2 years into their debut.

5. [+41][-0] I knew Wendy’s good, but this time it’s just fxxking insane. The other members’ live singing are also daebak kekeke Red Velvet has always shown that their lives are exactly the same as their CDs, but it’s been a long time since they last did an encore stage that’s why. It’s no joke,,, And also, it’s interesting to watch Red Velvet’s encores because they always sing the back vocals and harmonies as well.

7. [+28][-1] Red Velvet has always been amazing at their encores since they were rookies.

8. [+24][-1] I felt they’re fxxking good after seeing their live performance for ‘Psycho’ in a past fanmeeting.

10. [+21][-2] For a while when people were dissing their live performances, their schedule at that time was extremely terrible.. I hope they continue doing well in the future.

11. [+16][-0] They’ve always been good,,, If you watch their reality shows, you can hear them singing harmonies as well in the songs they sing when they’re having fun among themselves… They must be practicing a lot.

The Hairstyle That Suits Joy The Most