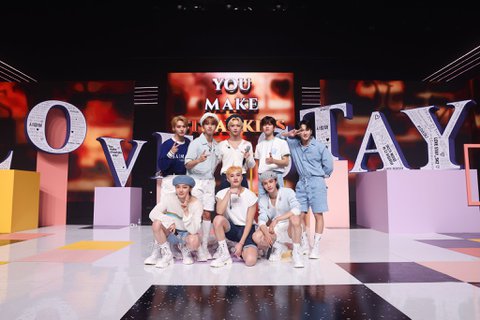 I started stanning SKZ since ‘Side Effects’, and since then I’ve heard so  many fxxking  people saying they’re unpopular despite being from a big agency. But after seeing their rank on Melon, it feels like the pain from getting scolded this whole time has disappeared,, Idc, I love SKZ no matter what, still gonna love them in the future… Yang Jeongin, saranghanda.

1. [+69][-0] I became a fan during ‘Mirror’ and I really thought they’ll never make it onto Melon Top 100.. Music charts have always been their weakness.. there are so few K-STAYs.. I kept on hearing people say they’re unpopular and starting from last year their fanbase started growing so I thought they’re finally gaining popularity. From their comeback this time, they’ve really improved a lot objectively speaking… They changed the streaming team and the whole vibe became different, that’s why we managed to enter Melon charts too ㅠㅠㅠㅠㅠㅠㅠㅠㅠㅠㅠㅠㅠㅠㅠㅠ Reaching their career high as they go along, SKZ is the best… cri…. I’m also gonna love SKZ forever no matter what, really..

3. [+59][-0] I’ve been a STAY since their survival show, and I really cried super hard after seeing their comeback showcase today..

4. [+26][-0] Tbh, I’ve liked idols for long enough and at this point I can’t be bothered to buy albums anymore, I just watch their videos and look at their pictures but that’s about it. But yesterday, I bought 10 albums and I’m still streaming right now… It’s just that they really really like STAYs, they work very hard and they’re really talented that’s why I really want them to succeed…

5. [+25][-0] Ikr… I’ve also liked them since 2018, and I feel like crying too ㅠㅠㅠㅠ I’ve always been rooting for them, hoping they succeed. Looking at how much they’ve improved, I’m really impressed and proud and I’m really happy ㅠㅠ I’m gonna be a STAY forever!!

6. [+22][-0] OH MY GIRL and SKZ, both of them make me feel that life is really long… They finally grew big because everyone endured.

7. [+21][-0] For me, this is the first comeback… Seeing them cry really made me want to cry as well. How would fans who’ve been with them for very long feel?… I can’t imagine it at all, seriously… ‘Disgrace to JYP’, ‘nobodies’, etc. (not that I wanna talk about these but) people have also told them to go die before. I’m thankful that they have been sincere idols since debut, not creating any controversies.. The pic is just Yongbokie crying – that made my heart ache..

8. [+20][-0] I’ve been a fan since the survival show, but even after their debut, no one else around me liked them and I felt really sad…. In 2019, I lived in Japan for a while and SKZ is more well-known there than in Korea…

9. [+19][-0] Seriously, STAYs who have gathered together, ignoring what others say about them and only looking up to SKZ…. ㅠㅠ You’ve worked hard. They should really see the light now.. Idols who are so sincere about music…. STAYs, let’s work harder!!