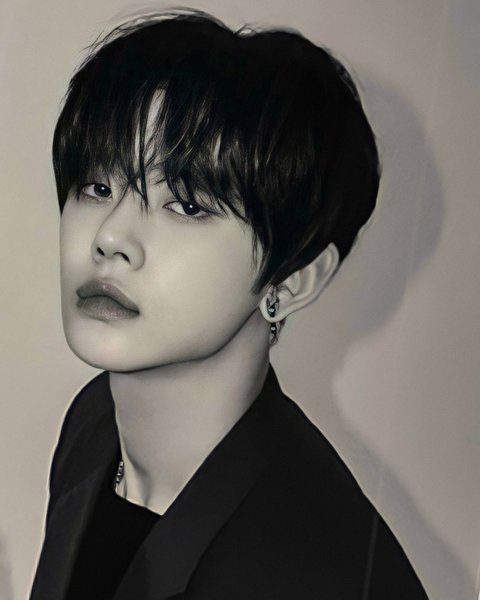 Can’t he have this hairstyle more often.. Even the other members said it’s been a long time since they’ve seen Yeonjun with bangs. They said he suits bangs and they want to see him with bangs more often. Why don’t they let him have bangs more often? Every time he shows up with bangs the reaction is amazing.

3. [+64][-1] Indeed, it’s really hard to see Yeonjun with bangs. Out of 100 music show stages, we only get to see him with bangs in maybe 2 of them? That’s roughly the percentage. I think I get why fans like his bangs ㅠㅠ If it was 30 out of 100 times, no one would be talking nonstop about his bangs. It’s because they don’t give him bangs when he suits so well, that’s why we keep on asking for it.

5. [+35][-0] People always say the playboy feel disappears if he has bangs but that’s not true. He’s charismatic even when he has bangs. Just try it first.

6. [+31][-0] People always talk about his bangs, if we talk about it so much to get them to just give him that hairstyle more often then we would stop. Every time they give him either the waxed-up hairstyle or a 5-5 part that pokes his eyes because his bangs are too long. Isn’t it easier to style bangs anyway? The reaction to his bangs is always amazing every time because he suits it. Stop bringing up his image into this, stop saying his bangs make it stuffy or stuff like that. The fans’ reaction says it all.

8. [+26][-0] BigHit wants to build up the playboy / sexy sort of image for Yeonjun that’s why they keep on styling his hair like that. I hope they ditch those thoughts. Bangs are fully capable of achieving that kind of image too, and also please trim Yeonjun’s bangs, they’re too long.

11. [+19][-0] No but he’s really handsome.. Annoying.. My.. bias is someone else but my eyes are always drawn to him and he makes my heart flutter. I dunno how many times I’ve closed my eyes and tried to retreat keke I really love my bias but honestly his face is more of my type.

Absolutely Surprised at TXT and THE BOYZ