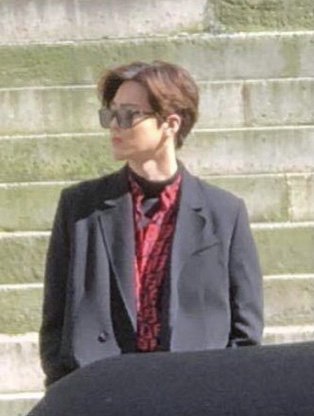 4. [+23][-0] I know someone who works near the broadcast stations and they see celebs quite often. They said they didn’t feel exactly impressed but when they saw Suho they went back to see him again. They said it’s like he has some lights on his face. When he walked past, they only took a quick glance but they strongly felt like they had to see him one more time. That’s why they went back. After that, they became his fan, and even went to watch his musicals.

5. [+16][-0] But Suho-ssi is really handsome. I’ve seen a lot of idols, and I think he’s one of my top 3 ㅜㅜ He looks good and he stands out on TV but if you see him in real life you’re gonna be like wow fxxk, for real… After Suho-nim knew my mom and I were being silly in the restaurant, he kept on smiling to us… After that, I started listening to EXO’s songs and saving their pictures….. He’s fxxking handsome.

8. [+10][-0] I was a volunteer at a film festival and Suho came at that time. At that moment, everyone in the room was like wow…. I was in the team responsible for the guests so I greeted Suho 4 times or so, and he was really enthusiastic each time. A friend who was also volunteering together had no interest in EXO up to that point, but now they talk about Suho all day nonstop, he’s really like a charming prince.

10. [+8][-0] Seriously, when is gonna get discharged kekekeke For real, it feels like he’s been away for 3 years ㅜㅜㅜㅜㅜ