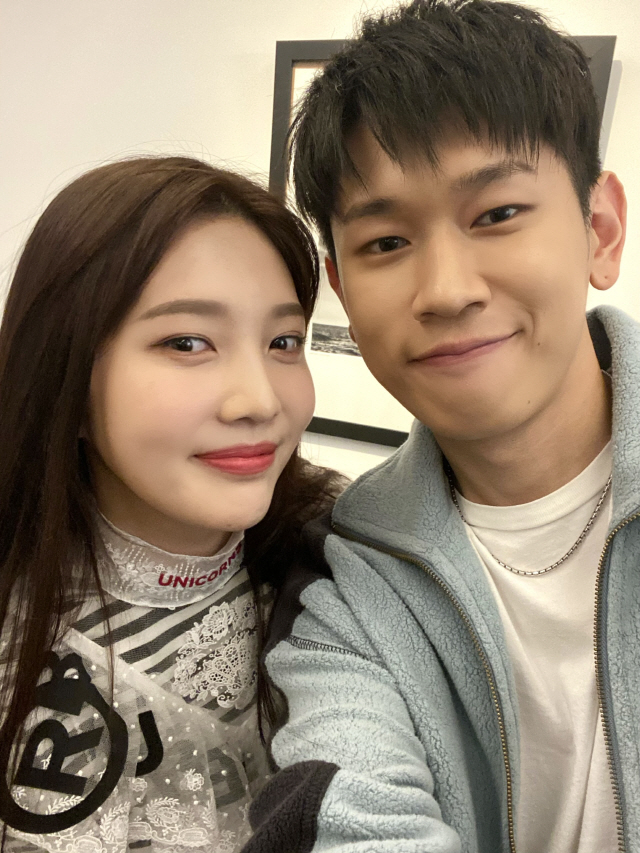 Love is a wonderful thing and Joy and Crush have found it with each other! Sports Chosun broke the news earlier today and detailed that they met and kept in touch after collaborating on Crush’s single Mayday in May 2020.

Both SM Entertainment and P Nation, Joy’s and Crush’s agency respectively, released statements saying that they started as sunbae-hoobae colleagues who became close friends as fellow dog lovers. This subsequently developed into “good feelings” towards each other.

Sports Chosun also released pictures of the two on a dog-walking date together.

However, Crush enlisted in November 2020 and is currently serving his mandatory military service, so we feel for her as it must’ve been tough for Joy to have to see him off. But 18 months can go by in a whirl so here’s to a lasting loving relationship between the two!