Bop to K-pop
Home Knetz Says So Thankful For Miyeonie.. 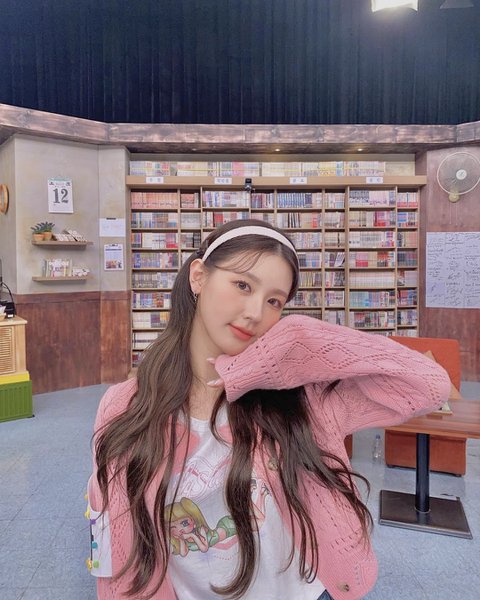 What do (G)I-DLE fans think?? I’m very grateful for Miyeonie.

For real, I feel like I’m gonna cry whenever I think about Miyeonie.. She spent the longest as a trainee, so she must have very little memories from school. She finally got to debut after suffering so much, but things ended up this way when we thought she’s only going to walk on the flower path from that time onwards. Not just Miyeonie, it must be tough for the other members as well keke.. Since the start when the controversy first broke out, Miyeonie managed to attend all her live broadcast schedules, she kept on going on V LIVE on her own, and she always posted long essays on UCUBE to make the fans not worry… We didn’t get any V LIVES for a month or so, could it be because of this… Whenever I think about their 3rd anniversary my heart aches ㅜ Miyeonie did the V LIVE by herself, when they promised last year to share and read letters together, so sad… She communicated the most with fans, telling them not to worry. She appears on TV the most, and she even celebrated 1200 days with fans 2 days agoㅠ She must’ve known that Soojin’s gonna leave, this is really so sad. I really hope all the best for (G)I-DLE. Oh and also, even after the controversy broke out, she sent private messages to fans almost every day in May. For real, Miyeonie’s visuals, singing and personality are all the best… I hope she’s happy.

Ta-da~ It’s been a while since I’ve come onto UCUBE right?

All the time, every single day,

I gain strength thanks to the love I feel from very little things you say.

Thank you Neververs for teaching me what love is.

but I will always be by your side forever.

I love you a lot…

1. [+67][-0] Miyeonie and Soyeonie are the reasons why I couldn’t leave the fandom when I was seriously considering it…

2. [+62][-0] The 3 foreigners went back home, and everyone’s interest in them just disappeared after Soojin’s controversy, but Miyeon’s extending their lifetime on Naver Now every Tuesday.. Soyeonie as well, but Miyeonie’s been active the whole time even after the controversy broke out, I’m very thankful for her.

3. [+60][-3] When we first knew about Soojin getting in stupid trouble, I wanted to cry seeing Miyeonie take charge of ‘Gossip Idle’ (which was intended to be hosted by the whole group) as if nothing has happened kekeke.. Of all days, ‘Gossip Idle’ is airing the day after tomorrow, and it’s gonna be Cho Miyeon again… Please, she should only receive love, nothing else.

4. [+27][-2] The fans should know, till now, Miyeonie has been holding us by the collar and helping us endure kekeke Of course, the other members all worked hard in promoting as well. But if we only look at Miyeonie, she does V LIVEs very often, she writes us letters with all her heart, and she

celebrates all anniversaries with us.. She put in lots of effort, giving us many pictures of her and sending us lots of private messages. And out of all that, she tells us she’s really fine and thankful for us, that she’s gonna return what she has received from us… I really hope Miyeonie can be happy.

5. [+15][-0] Honestly, I’m taking a break from fangirling and I’ve also gone to the point where I’m semi out of the fandom, but Miyeon is the reason why I couldn’t unstan. She shines in my eyes and I can’t stand..

6. [+12][-0] Miyeonie is not my bias but I can’t unstan because of her. I endured all of this seeing her doing so well in her individual schedules and communicating with fans a lot. When I saw her post celebrating 1200 days, I couldn’t help but cry. She really never misses anything out… She’s someone who is more than deserving of love. I’m so happy that I’m stanning Miyeonie. (G)I-DLE, be nothing but happy in the future.. ㅜㅜ

7. [+11][-0] Miyeonie is a super super precious and special person. There’s no end to her modesty and reliability. How can someone so amazing like her exist?

8. [+10][-0] I managed to endure 6 months without unstanning, and the Yeon-sisters are the reason why that was possible ㅠㅠㅠㅜㅜ Miyeonie kept on going on with her individual schedules the moment the controversy broke out, she’s worked very hard ㅠㅠㅠㅠㅠㅠ

10. [+8][-0] When the foreign members went back home, I was really upset whenever comments looking for other members appeared during Cho Miyeon’s individual V LIVE s. Apart from this, since she’s kind and innocent, there are times when some Neververs talk before thinking twice, and I really hope these fans can be more careful with what they say to her..ㅠㅠ

11. [+8][-0] After the controversy broke out, I managed to endure with ‘Gossip Idle’ every Tuesday, 16 V LIVEs, M Countdown every Thursday, and ‘Quiz From the Star’.. Whenever I thought of unstanning, I watch her shows for at least 2 hours. I want to tell her ‘thank you, really, for communicating with us’.