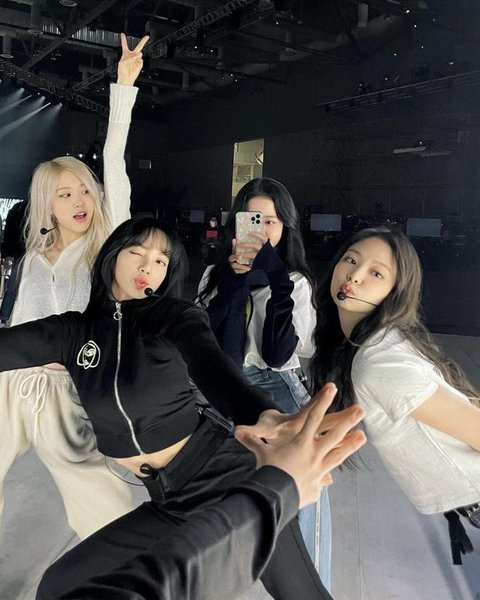 (* They mentioned this in their 5th anniversary V LIVE)

She said she likes her outfits during ‘As If It’s Your Last’ because it’s a feel that cannot be recreated again.

Rosé said she likes her outfit during Week 1 at Coachella.

Ahh Coachella Rosé is… a God.

Not just the outfit, I think everything about Rosé was perfect on that day.

She said she has this outfit that she wore in the MV for ‘Boombayah’.

Seems like she remembers this because it was her first time trying acting in her MV part.

What Lisa thinks = What I think

I really love Lisa in that outfit like crazy.

Since her accessories were chunky and glamorous, it’s easy for that part to catch your eyes.

But each and every accessory is just such a perfect match with Lisa!!!

When I watched the MV I thought it was fxxxxxxxking cool.

Lalisa is hip and cool. She’s everything ㅠㅠ

The more I look at them the more I find them amazing.

How did YG manage to from this group ㅠㅠㅠ?

Big congrats to BLACKPINK for their 5th anniversary, saranghae♡

1. [+58][-3] Ahhh but the outfits for ‘AIIYL’ were really fxxking legendary… It’s the high-teen school uniform style but they made it look hella high-class ㅠㅠ

3. [+21][-5] There’s one more for Kim Jisoo! It was on the day of Jennie’s event, but they got the wrong skirt for Jisoo and so they had to send the correct one by KTX and she said she didn’t forget how she had to go get it herself.

8. [+7][-2] But for real, they chose the outfit and concept that matches them most perfectly. As expected, they know when and in what style they look the prettiest. Before I clicked into this I thought it’s obviously ‘AIIYL’ for Jennie, Coachella for Rosé, ‘Boombayah’ for Jisoo and Lisa with her short hair, and yes I was exactly correct.

Sharing Images And Gifs of Female Idols in Real Life