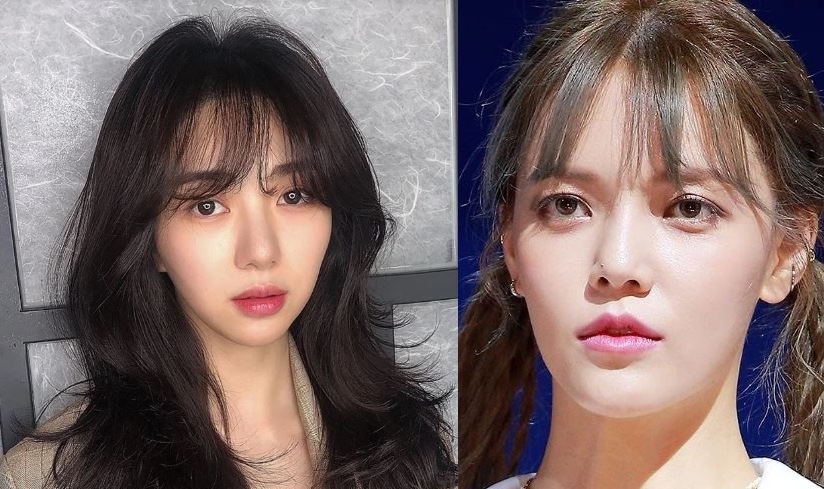 [Kwon Minah’s agency Uri Actors issued an official statement today in response to the controversy, saying that the self-harm photo uploaded by Kwon Minah was “something that happened after she contacted FNC staff” and that “Kwon Minah is currently resting at home and there are no problems with her health. We will continue to monitor her situation”.
Regarding the self-harm photo uploaded by Kwon Minah, Uri Actors explained that the indcident happened when she was contacting FNC staff through Kakao Talk last month, and that she didn’t attempt suicide today. They also expressed the absurdity of FNC and Jimin’s apology…]

She attempted suicide when she was contacting FNC staff, although the details of the conversation was not revealed.
The many times she attempted suicide were all because she was under demon control, with nothing to do with Jimin.
Also, for the same reason, she attempted suicide because the public’s reaction towards her story about the rude nurse was not ideal.
After the exorcism, she has not attempted suicide again ever since.
But when she was attempting suicide, she said in her suicidal note “live well, Han Sungho Shin Jimin Seolhyun”, which was why people misunderstood AOA Jimin and Seolhyun as the perpetrators.
She thought she would do better after leaving AOA, but she’s going downhill, her family is sick, she got scammed by skincare products, while her members are gaining popularity after appearing on ‘Queendom’ and their promotions are going well. This was when she started regretting her decision of leaving the group, slamming Jimin whom she disliked to vent her anger.

1. [+162][-3] Looking at what death threats & job violence have done to my ex girlfriend’s father, it is reasonable to suspect her. There’s definitely over-exaggerated bits when she said she’s ‘getting bullied’.. I want to hear from Jimin’s point of view.

For real, Jimin bringing a guy to their dorm might just be her imagination… ‘Since she brought her boyfriend into her room they must be doing something? Could they be having sex?’ Maybe Minah was imagining all this in her mind and at some point she just ended up thinking it’s true that Jimin brought a guy home and had sex with him…. Fxxking scary.

2. [+154][-3] It’s just because she thought she’d do better after leaving AOA but it didn’t turn out as she wished so she’s fxxking regretting and being pessimistic, thinking ‘why’s it like this’. That’s why she’s venting her anger onto Jimin, it’s obvious.

3. [+109][-5] She self-harmed because she was possessed by the demon but the whole nation thinks it’s because of Jimin ㅠㅠ

Kwon Minah said, “Ghosts inside me, the dead, the dead who were sent to me, my friends in heaven, etc. they said they’re gonna bring away not me but those inside my body and live with them”.
Kwon Minah who has been constantly attempting suicide because of this said, “My grandma and father kept on trying to save me, and whether we believe or not, I was exorcised to chase away the demon, and to send off ancestors”, and “After this, there were no more injuries in my body, I’m taking less meds, and I’m sleeping better than before”.

4. [+34][-0] But on her Instagram she wrote “the official statement is a mess..” again. Though she’s not explaining which part of the statement’s a mess keke

5. [+30][-1] I hope Jimin returns to the industry and releases an official statement arguing against the false rumors. It seems like she must be feeling very wronged.

6. [+27][-1] No seriously if she’s gonna make this kind of revelation, she should at least show one actual evidence.. Was it yesterday? I saw yet another post made by her, and she said she’s gonna prove those who suspecter her to be the perpetrator wrong (seems like she really checks out Nate Pann). She said she has all the evidence to prove that her family were victims.. Sure please bring them out then.. Should’ve showed your evidence a long time ago. Of course I don’t believe for sure that you actually have the evidence this time ….. At this point the only reason why you’re attempting suicide is because you lose to your own emotions. It’s not because you really wanna die;

8. [+24][-0] What on earth is FNC doing?? Make an official statement or file a lawsuit or do a comeback or just support AOA on articles, just anything, do something. Only feel bad for AOA members who have been quiet for 1 year.

11. [+17][-0] Turning those who give me advice into perpetrators and cosplaying as a psycho. It’s reasonable for Jimin to scold Minah for being absent from so many schedules. But she over-exagerrated it, telling everyone she couldn’t be with her dad when he passed away because of Jimin.

Since It’s Chuseok, Share Pics of Idols in Hanbok