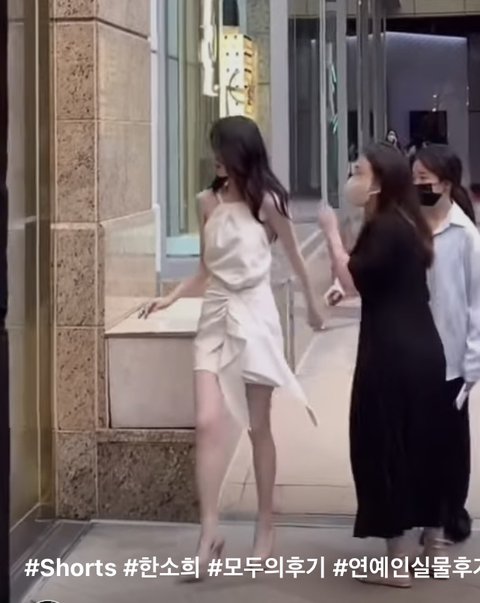 Even though the resolution is crap, she still looks so freaking pretty

1. [+141][-23] I think it’s because she’s been on a strict diet this time, that’s why her hair volume seems to have disappeared a bit ㅠ But I think I know why celebrities are dieting so crazily. Whether it’s Jang Wonyoung or Han Sohee, after losing weight, they don’t look bloated at all in any photo from any angle, and their proportions look even more awesome.

2. [+129][-37] If you’re going to compliment her, can’t you keep it as just a compliment? Why do you have to include irrelevant stuff…? Stuff like ‘she’s pretty but she’s too skinny’, ‘her hair is thinning out because it’s too tough’. Why the hell are you saying these things that don’t have to be said?

4. [+71][-3] Her face has always been pretty, but this time she lost too much weight ㅠ She’s totally emaciated

5. [+52][-2] People’s reactions in that video are funny too – they were surprised when they saw Han Sohee cos she’s fxxking gorgeous.