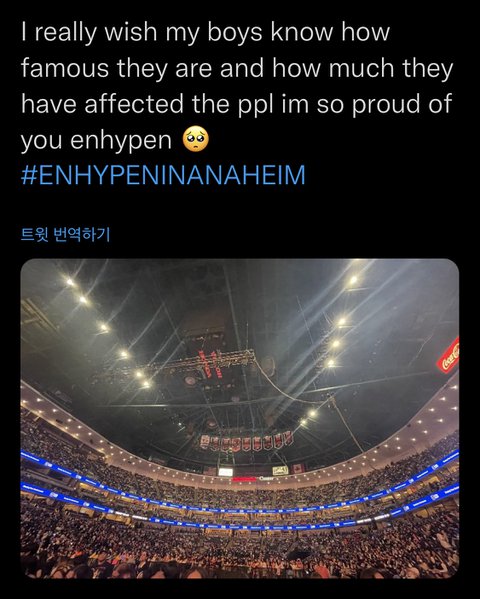 Wow ENHYPEN’s US Concert was a Hit

Yesterday was the first day of their North American tour, and it’s really grand..

+) This is the full tour itinerary!

2. [+51][-5] It’s amazing how big the concert venue is… I heard that they’re popular abroad, but they seem to have more fans than I thought..

4. [+33][-17] I’m a girl group stan but seeing this, I wish non-fans would stop saying this is the era of girl groups… It makes me feel bashed. If we don’t count music charts (it’s just tiring to get dragged into fights and catch the attention of aggros because of popularity), and we only consider album sales, tours, and fandoms which are still substantial, boy groups are still way bigger ㅠ It’s just incomparable

HYBE Male Idols Who Had Long Hair So Far