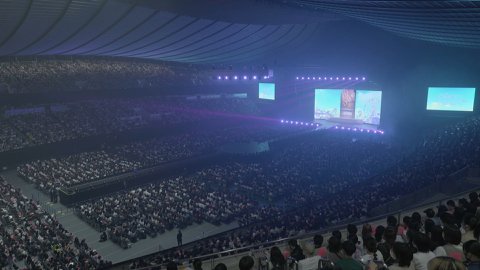 TWICE had fan meetings in Japan

This is a fan meeting kekekekeke Not a concert kekekekeke#

Not to mention they held 5 fan meetings of this scale in total, 2 in Tokyo and 3 in Osaka.

2. [+26][-0] TWICE’s popularity in Japan is really no joke. I used to be a fan of Japanese female idols, and K-culture is already the mainstream among the 10s-20s Japanese female population

5. [+12][-0] The K-pop trend in Japan is exaggerated, but TWICE is indeed on the level of national singers, and that’s been the case since very long ago.

No But Momo’s Body is Seriously Fxxking Insane…