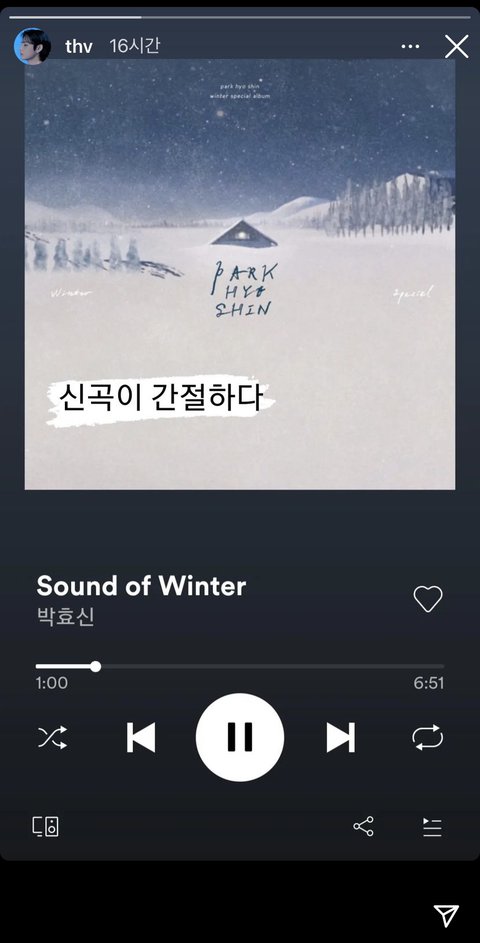 V: Desperate for a new song

Both of us are waiting for Park Hyoshin’s new song…

I’m a fan of Park Hyoshin and I’ve never stanned any idol groups but somehow I began following V..

But the moment V uploaded that story I immediately liked him so much more and I even began to watch V’s fancams.

I’m indeed not a fan of him yet, but he’s handsome…

1. [+20][-0] I’ve always liked Park Hyoshin but thanks to V I like him more now!!! I listened to ‘Sound of Winter’ after Taehyungie posted about it on his story yesterday and I really really liked it. +1 person looking forward to Park Hyoshin’s new song.

3. [+6][-0] There’s a reason why his fancam surpassed one hundred million views. Definitely check it out.

The Most Searched Idols on Google Worldwide