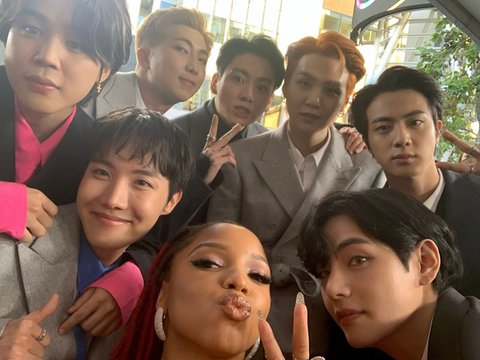 Western celebrities who took pics together with

The American Music Awards (AMA) – one of the top 3 music award ceremonies in the US.

New Kids On The Block

But apparently they are celebrity sons.

A completely different world, for real…..

Artist of the Year (First Asian artist to win this daesang)

BTS who won these awards

4. [+21][-0] kekekeke It’s so cute how New Kids On The Block are wearing BTS merch kekekekekeke

5. [+12][-0] Those kids stood up and were so happy when it was announced that BTS won the daesang keke So cute.

This Pic of V and Jin is Dope