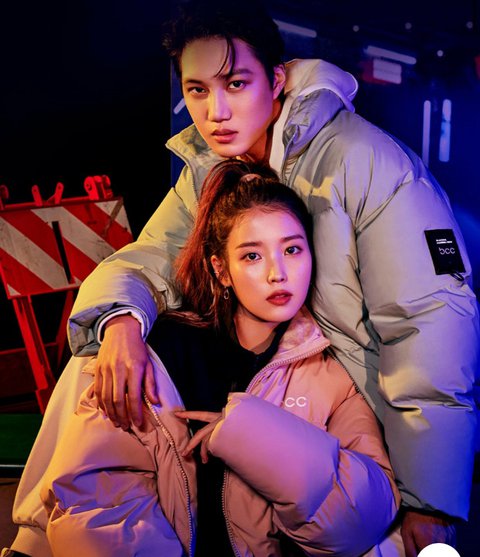 I know it’s obviously not, but I can’t believe they’re sticking together like this.

2. [+137][-21] Ever since Kai and IU became their models, BLACKYAK’s sales skyrocketed and their brand image turned into ‘young and hot’.

3. [+106][-12] I think they have decent chemistry though. It’s just that at first people kept on saying it’s a 2nd ‘KaiStal’ that’s why. When I look at them without bias, it’s not like they don’t match each other.

7. [+27][-2] Wow, because of the models the brand suddenly started looking trendier kekekeke

8. [+22][-4] Kai has a classy vibe, which is why he has so many commercials. His visuals and proportions are good too.

9. [+17][-1] I realise that they both picked really good names for themselves. Kai is so Kai and IU is so IU. Here’s a picture of Kai from my gallery.