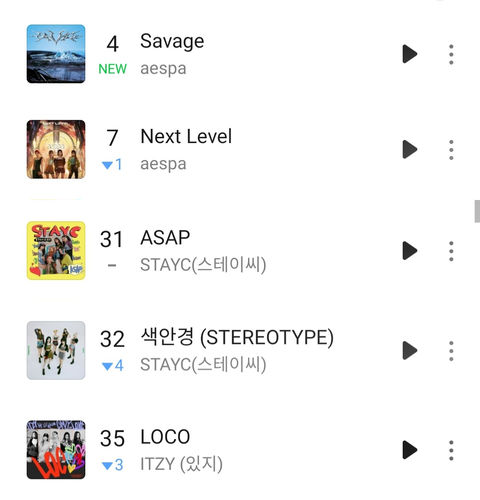 They’re overrated because ‘Dalla Dalla’ was a hit.

If you look at the charts, their best was real-time #3 for this comeback and they were never on the #1 spot.

There’s basically no chance for them to become part of tier 1 in the future.

Since (JYP’s) new girl group is debuting next year, the good songs are prolly gonna go to them instead.

I feel like it’s a bit dubious to say that ITZY opened up the 4th gen, it’s more like they ended 3.5.

1. [+161][-9] The song’s meh and they can’t hit their high notes that’s why they keep on going lower in the chorus. There’s no member who can sing well and they can’t rap either.

2. [+130][-7] The ‘Not Shy’-‘MAFIA In The Morning’-’LOCO’ lineup is really very so-so. The songs gradually get weirder and their concept is also getting more and more obscure.

4. [+ 78][-1] Their singing is really such a shame. Their stage performance is really top notch and they’re quite safe in that aspect but the power of their vocals is very lacking. They all seem to be screaming with no techniques at all. Lia has techniques but her vocal range is narrow so the moment she tries to sing high notes we hear sounds being squeezed out. That’s why it seems like none of them are interested in vocals. I hope they come back with improved vocals for their next album.

5. [+64][-4] Honestly their dancing is top notch but they ruined their near-success with Lia and the group’s limitation is their lack of proper vocals. At least Yeji is dragging the group forward by their collar but the biggest issue with the group is the fact that there’s not one member who can be in charge of the hook / bridge parts with a safe vocal range.