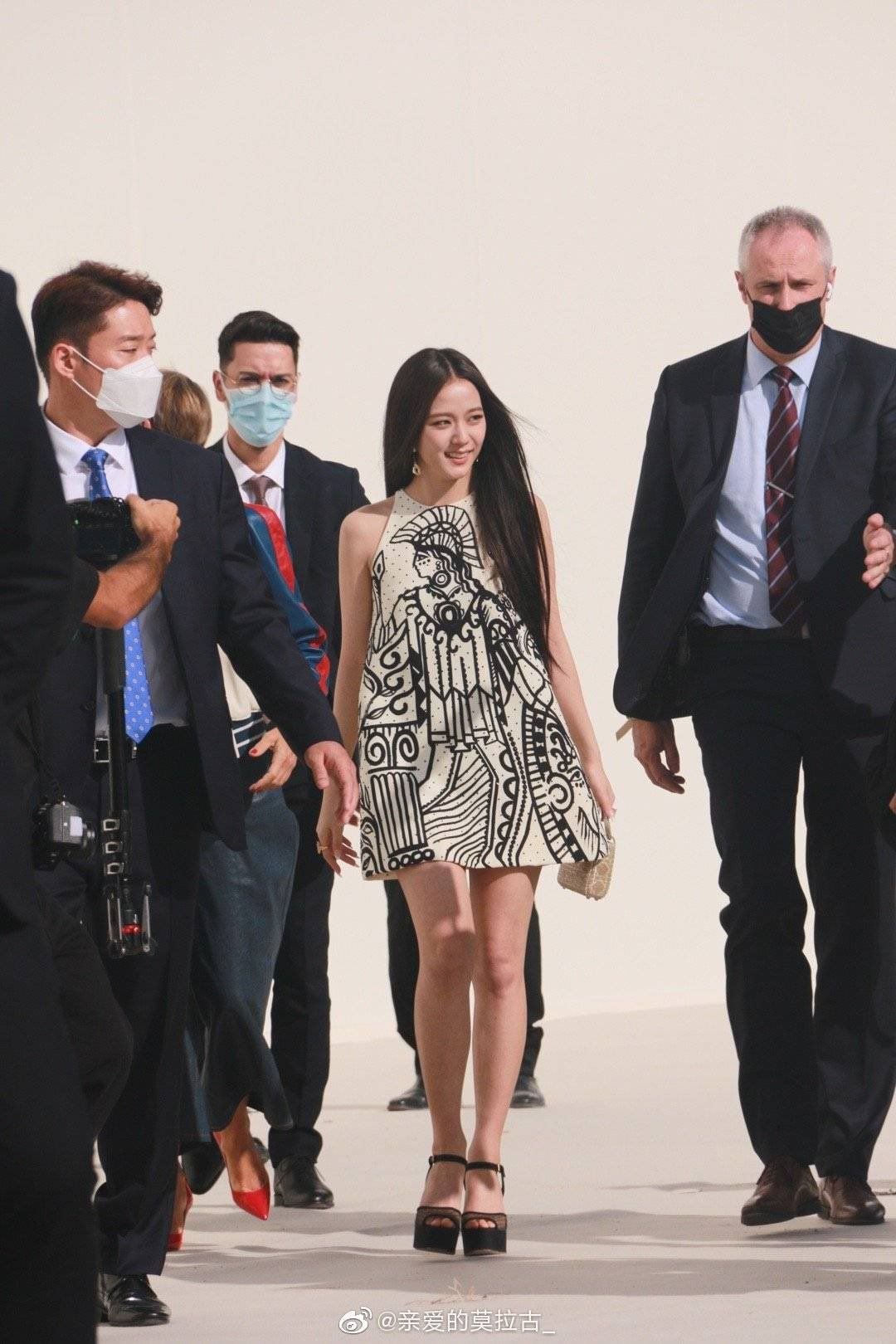 1. Each and every member of Blackpink is so amazing.

2. No, but look at the first video ke ke ke ke people who don’t know might think that it was a disaster movie ke ke ke ke ke she’s amazing….its as if she’s the queen of France.

4. I’m surprised by the crowd and amount of security personnel ke ke ke but even in such a situation, Jisoo makes eye contact with the fans and smiles while giving fan service….because its so lovely, I keep watching the video ke ke ke. Its really crazy, she’s soooo pretty and lovely.

7. Did all those people come just to see Jisoo?? OMG.

8, Has Corona ended over there?? It’s amazing…it feels good to watch pretty Jisoo ㅠㅠ The clothes look great too.