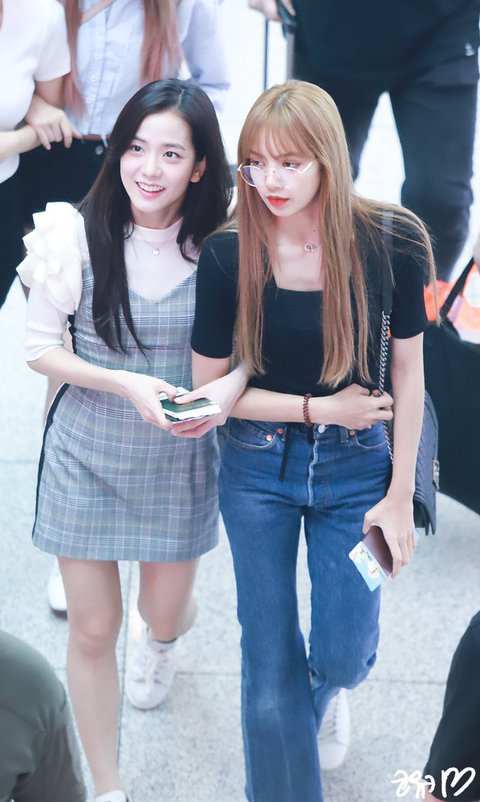 Whenever the other members have solo activities, she visits them at the MV set location, stays by their side and pulls all-nighters with them. It was Lisa’s first appearance on Inkigayo today and she was there with her.

When Lisa was filming her MV for her solo, the members all came to the set and stayed with her for the whole night. Even the dancers said their friendship is loyal. They’re really a family.

Lisa also said “I worked hard as well because Jennie and Rosé both showed good images”, and “The members all came to the MV set location to show support and they were with me the whole night. I felt so reassured”. She showed her affection by saying “All of this is for Blinks”.

1. [+98][-2] Kim Jisoo is really Kim Sweetheart. I’m going crazy. Whenever the members go solo, she’s always there to support them no matter what. That’s why Jisoo’s fans expected Jisoo to appear in the behind the scenes as well when they’re watching kekekekeke

2. [+29][-0] No one is falling behind and all 4 of them are fxxking successful that’s why there’s nothing for them to be jealous about each other and they’re very close keke Groups who get caught up in rumors about their bad relationships are either those where the members have hugely different popularity or those who are not popular.

3. [+23][-1] BP members all look close to each other, and they seem to especially like and rely on Jisoo a lot. Although she jokes around a lot, she’s very sweet and she seems thoughtful.

5. [+13][-0] The more I look at Jisoo, the more I think she’s like a leader. She has the strongest mentality in the group and she’s the best at taking care of the members.