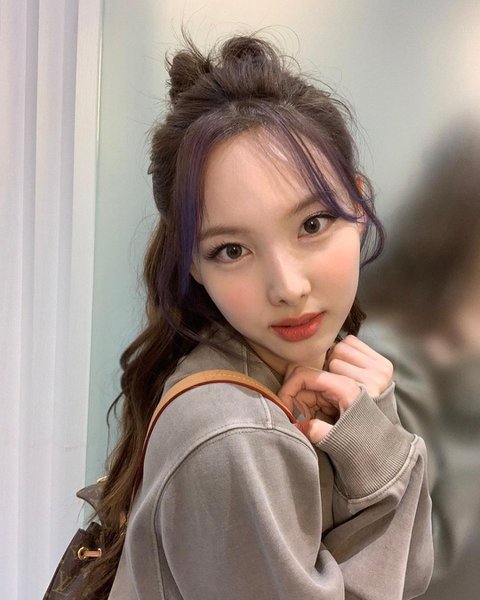 This is a pic from before but whenever she starts a chat I get a whole ton of notifs,,, There’s just so much it sometimes makes me hope that Nayeonie chatted a bit less on Bubble… I can really relate to people who called her the genius idol.

She’s the first and No.1 idol whose fans feel more burdened to chat with her.

(Don’t take this literally, I didn’t mean I really wanted her to communicate less… What I meant was that she cares for her fans so much and chats with them on Bubble so often.

8. {=12][-2] Yes, even from a fan’s point of view, she objectively such an awesome idol ㅠㅠㅠㅠㅠㅠ Even though she’s already at the top, she still takes such good care of the fans.

Twice Nayeon Looking Like A Human Bunny In New Images