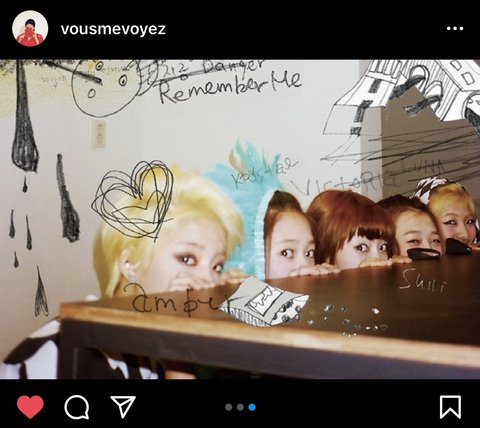 5. [+25][-3] f(x) wasn’t a card that SM should’ve dumped away so easily.. SM made them disband very rudely too. Krystal did say she wanted to release a solo, but if you only think about their musicality, they were potentially a long-run group, it’s a fxxking shame.

kinda sad now that I think about it again.. Anyway, thank you for always celebrating your debut anniversaries ㅜㅜ

10. [+6][-2] I really can’t believe ‘Rum Pum Pum Pum’ is a song from 8 years ago kekekeke Even if it’s released now it would still be alright kekeke

11. [+6][-2] Akgaes who killed Sulli with malicious comments are still doing the same shit on Pann.

Netizens Name The Representative Songs For Each Group