Bop to K-pop
Home Knetz Says This Male Idol is 10 Years Into Debut But His Visuals Are... 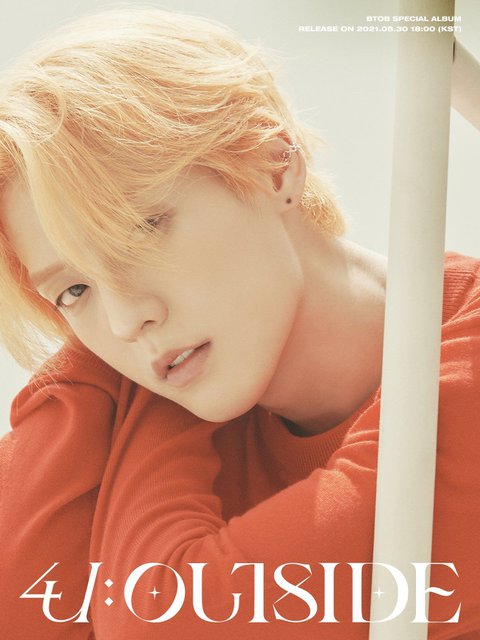 He is BTOB Lee Minhyuk.

You can feel the confidence from this 32 yo.

10 years into debut, you can clearly feel the difference.

This is the teaser for their comeback this time.

His orange hair is just crazy. For a sec I thought he’s gonna jump out of a comic.

Please also look at these that have a different vibe.

He’s coming back on August 30th with this beauty.

Don’t they look like real siblings when you look at pics of them together?

1. [+39][-1] Wow shit kekeke Is he the one who composed ‘Blue Moon’? keke I’m not his fan but was it ‘Kingdom’? I was watching TV and happened to hear the song; it was so good that’s why I had it on replay for 2 days straight kekekeke I said on a BTOB post that the song is really good and people told me Minhyuk wrote it kekeke They asked me to help with voting as well so I voted too keke He’s handsome kekekeke Haa honestly speaking, at that time I should be streaming for my faves whom I became a fan of a few days ago kekeke (Guys, smooth~like.. my apologies kekeke it’s because I just became a fan) Anyway, I was hooked on to ‘Blue Moon’ so I kept listening to it for 2 days kekeke The screenshot was taken on June 4th keke As to why I included this picture: I wanted to show how much I love the song kekekekekeke♡

3. [+23][-1] Looks like he really manages his face well. I’ve known about BTOB since I was young so I knew they’re getting on in years but I was shook when I found out he’s already been to the military and he’s already 32yo because I thought he was younger than that kekekekeke He looks very beautiful.