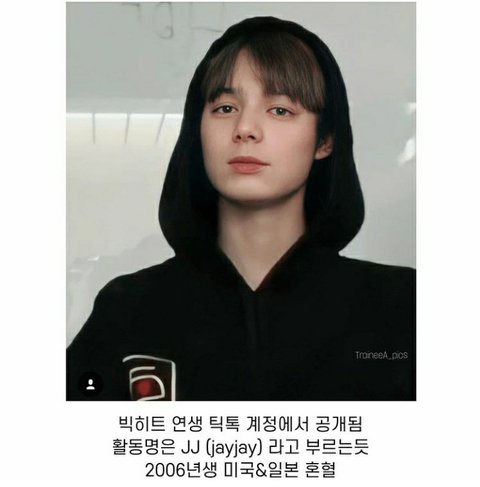 Born in 2006, half American half Japanese

No but… Westerners don’t fxxking suit K-pop. If it’s someone like Somi then idk but he looks just like a pure Westerner…

5. [+65][-2] kekekeke That’s up to the fans to decide. If they’re handsome it doesn’t matter. Look at mixed-bloods like Vernon and Huening Kai, they only make you feel that genes of Western guys are good indeed. But this guy has completely no Korean blood in him.

6. [+60][-42] There are many girls who like Western guys too. If he looks like that, he’s gonna be fxxking popular. Look at him becoming a hot topic already.

8. [+40][-3] It’s just Korean men feeling inferior to Western guys, they’re afraid that Western guys are gonna become more popular than them. Girls probably have no opinion on this, SVT Vernon is popular too.