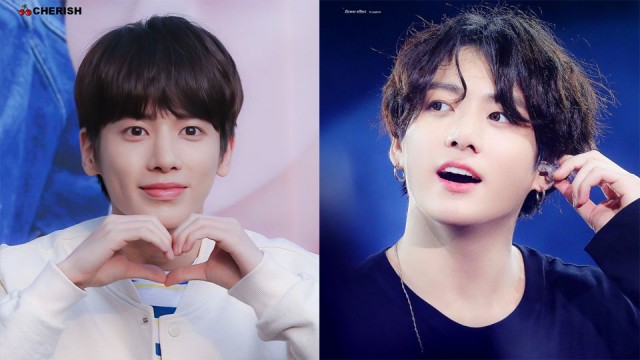 Taehyun talked about his anecdote with Jungkook sunbae-nim in his Vlive today!

Both of them are so warm and cute ㅠ

1. They took the same elevator after exercising.

2. Taehyun-nim didn’t have his gloves.

3. ‘Hyung, do you happen to have any spare gloves?’

4. Jungkook: ‘I’ll bring it for you tomorrow’

5. He brought 3 gloves the next day and wrote a post-it note saying ‘Jungkook’ ]

TXT: Really thank you to sunbae-nims who took time from their busy schedules to give us sincere adviceㅠ We will work hard to become hoobaes who will not let you down! Love you sunbae-nims]

2. [+182][-1] Taehyun said he’s sweet after talking about that… After that, they met again. Taehyun greeted Jungkook again and told him he’s using the gloves well. Their gym friendship is so cute.

3. [+162][-1] He even called himself Jungkookie hyungieㅠㅠㅠ Their friendship is so good.

5. [+65][-1] You can feel his sincereness from his tone when he talked about how Jungkookie hyung is really awesome later on kekekekeke

6. [+47][-1] He’s really a seong-deok (successful fan) kekeke From a fan to becoming an artist and even exercising together with his Jungkookie hyungieㅠㅠ

Taehyun is a successful fan hoobae

BTS Jungkook Trends On Pann Because Of His Cute Crying