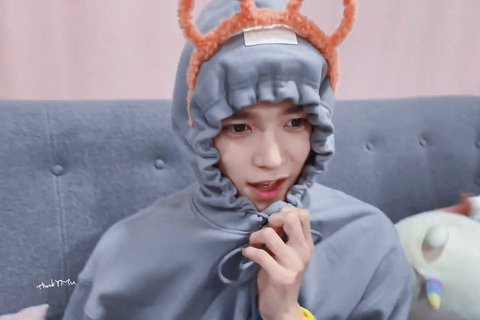 At that time Taeyongie was still small and didn’t know about the V-gesture, so his noona asked him ‘how old is Taeyongie~’ and Taeyongie put 2 fingers up while saying ‘Taeyongie is 2yo’.

1. [+189][-2] According to other members, Taeyongie is the most ordinary-looking in his family.

3. [+135][-1] I’m really curious about this family’s genes… Taeyong said his father is more handsome than him.

[Breaking News] NCT Taeyong: He showed his family how he looked after getting a haircut recently. His family’s comment, “it’s like seeing your father when he was young”, turned into a hot issue… They proved that genes are the most powerful thing in the world.

When he tried on the short hair filter during his V LIVE,

He said his noona still looks exactly like him now.

NCT Jaehyun Becomes A Hot Topic On Pann After Getting A...