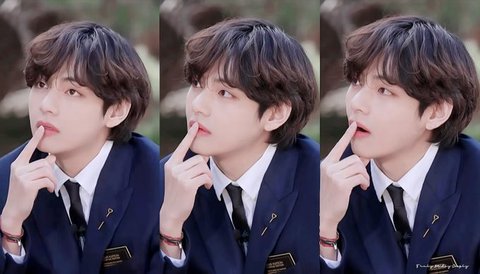 1. [+167][-1] When haters get fxxking excited about writing diss posts, not only does no one stop them, they even agree with the most-liked comments. But when it’s just one line of something nice about BTS, people immediately tell the author to go to Fan-talk or they make a fuss in the comment section kekekekekekekeke

2. [+139][-2] I swear I’m not their fan, but whenever I write a post saying how impressive BTS is, these people leave comments saying ‘no they’re not?’, or ‘that’s not quite right’ straight away. I get fxxking confused, can’t even say anything.

3. [+108][-2] Whenever I see these people bragging about their favs for days but telling you guys to shut up it’s just funny. Although it’s true that their favs do not have similar achievements that they can’t brag about even if they wanted to.

4. [+33][-2] I’m also not their fan, but when I wrote a nice post about my fav being a BTS fan, it was a mess in the comment section.. I really dunno where these haters are coming from, they write so many malicious comments.

5. [+17][-1] Looking at how they deleted the comment they wrote on a post about Grammy, telling the author to go to Fan-talk, they did that because they were hungry 100% kekekekekekekeke

7. [+11][-0] When there are posts about other idols saying things like ‘who’s dis’, ‘when was this pic from’, or ‘they sing really well’, these people ignore them, but when the same kind of post is made about BTS, they tell the author to go to Fan-talk, it’s just bullshit. Fxxk kekekekekekeke

9. [+10][-0] Japanese right-wing mindset.. They’re the definition of nae-ro-nam-bul (Korean slang meaning double standards – allowing themselves to do something that they criticise others for doing).

10. [+9][-0] There’s people who come at fans who write compliment posts about BTS ke Just from that you can tell.

11. [+7][-0] Ah you’re fxxking right. Ignoring diss posts but getting crazy over compliment posts kekekekke Whenever we do anything they’re blaming ARMYs~ Bipolar as hell.