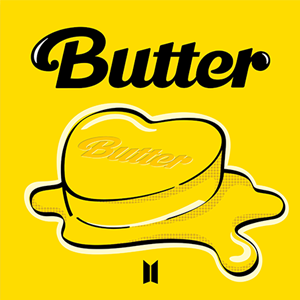 It was not just sampling, it sounds basically the exact same.

++++ The agency has not made an official statement regarding this yet, so it’s not confirmed that it is plagiarism.

3. [+318][-88] If people don’t make a big deal out of this I feel like the agency is just not gonna do anything about it. They’ll only respond if this becomes a huge public issue. Let’s not say it’s not plagiarism to shut people’s mouths just yet.

4. [+251][-50] In the past when there were plagiarism controversies, professionals would do the judging. There are many cases where ordinary people think the songs sound similar but in fact from a professional’s point of view the chords may be completely different in which case they will conclude that it is not plagiarism. I listened to the song linked in the post, they do sound extremely similar so we will have to wait for the agency’s official statement, but I think it’s too early to scold anyone. I’m an ordinary person who only knew about BTS’s members recently, but there are lots of comments under that video scolding BTS themselves. It’s true that BTS is promoting Korea right? I don’t think we should denigrate BTS’s achievements so far.

5. [+184][-133] I’m not an ARMY for real, but there’s finally something about BTS to diss on them, and there’s so many people with inferiority complex who’s been hating BTS this whole time getting all excited now trying to defame them and making a big fuss out of this. When I think of this, I feel really disgusted. Seems like being the top doesn’t only give you benefits… Crazy fans are defaming them saying they can’t perform well live, these people and those from other fandoms must be going mad now.

6. [+178][-18] But I think it’s better to stay neutral and quiet, or speak carefully… BigHit is fxxking sensitive when it comes to music-related things so their feedbacks come very quickly kekekeke If it’s music-related, they’re gonna patiently release all official statements required and even go on a legal battle if needed; Don’t just say whatever, it’s better to wait for them to release their official statement.

7. [+143][-20] Seems like they ditched Pann because they wanted to diss on BTS but things are not going the way they wanted and it’s driving them crazy.

YouTube comment:Since it’s a mess in the comment section, I’m writing this again. To be exact, this is not plagiarism. Since the intro is just a very short 5 second one (if the chords are the same for more than 8 bars, it’s considered plagiarism), it’s very common for people to think it is plagiarism just by listening to the melody which sounds similar. If that’s the case, it’s also similar to Beatles – ‘Love Me Do’ (2x speed). To determine whether it is plagiarism, how much the chords overlap as well as the original composer’s opinion is important. From what I know, for many K-pop songs that have been accused of plagiarism, they conclude it’s not plagiarism because the chords are different. This means, if you split songs up and only listen to one little part, calling it plagiarism when you think it sounds similar, then it’s quite hard to find any song that’s not plagiarising. This is why it seems like there aren’t many situations where songs accused of plagiarism are determined to actually be plagiarising in the end. Looking at the comments, there are more criticising comments targeted towards the artists rather than comments that are actually judging whether this is really plagiarism. Although it is good to voice out our opinions, it would be great if we can avoid leaving such criticism.

9. [+135][-17] Didn’t a foreign composer write the melody for them, and all RM did was add and remove a little? Why are you people dissing on BTS kekeke

10. [+130][-94] The same thing happened during the incident about Suga and Jim Jones. These people try to brainwash the media in thinking that BTS composes everything by themselves, that’s why when any controversy breaks out, all that appears are their names ㅠㅠ That’s what’s going on ke

11. [+124][-35] Hmm, but this can be considered plagiarism..? It’s only the first part that’s similar, the later parts are different though…? Why is everyone overreacting?

If Only He Sang BTS’s Songs