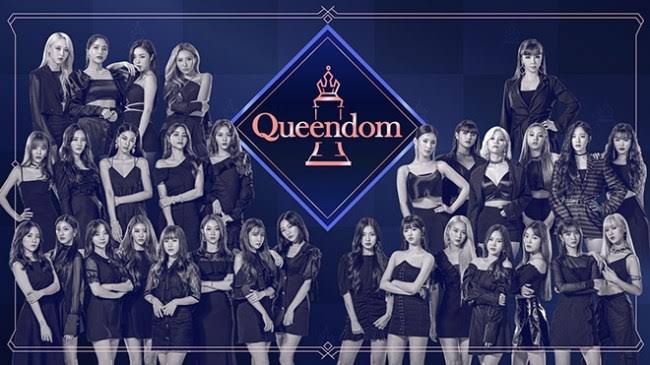 The overall composition and atmosphere of their stage were not the best for a competition, but it seemed to be designed well to match Brave Girls’ identity! The members did a great job on stage and the colors were pretty too. But the outfit flaps around too much, so it looked a bit old and the choreography for the chorus was a bit of a shame..ㅠㅠ Still, I think the overall performance was alright!!

The dance break was fxxking sick and the stage composition was worth watching. Compared to their first performance, the members’ strengths were showcased well, they were really cool especially the dance members like Shen Xiaoting and Hikaru!! Although it was a bit of a pity that their ranking was low, I’m thankful that they left behind good performances that I can watch from time to timeㅜㅜ I feel like their ability to design great stages has improved a lot since the 3rd round. Good job baby queens, you’ve worked hard!

The VCR that came up in the beginning was so majestic like some movie trailer, and the performance was really good too. It was sick how she was dancing together with the dancers, and her vocals slayed as well. It’s nice how Youngji appeared in the last round too! I think it was an amazing decision to wear something like a crown? during the last round. It wasn’t a performance that should be in a low rank but I think the too-high expectations people have on Hyolyn might’ve affected her ranking a bitㅠ

Personally I liked VIVIZ’s performance the most! I think the stage composition was diverse and designed in a way that doesn’t make people feel dizzy. The fact that their song choice was not advantageous for a competition might’ve been a minus pointㅜ But still, the GFRIEND vibes were there and both their vocals and dance were fine – I think they gave a good performance! NAVs can be proud of them.

Yves and Olivia Hye were really cool, and Chuu’s high notes left great impressions too! The stage concept was kinda like a musical but at the same time it matched well with LOONA’s image. The performance didn’t feel boring/bland at all, and it didn’t particularly feel like their vocals were weak. I think it’s a good performance that’s perfect for the final competition.

I was amazed by Seola’s beauty every now and then. I think the intro VCR was made well, and because their performance in the first half was so awesome I was basically holding my breath while watching. Yeonjung’s vocals were legendary as usual, and Bona and Luda were pretty! One thing that’s slightly disappointing: compared to the first half, the second half was a little bit boring? But still, I think the stage was decorated really prettily!!

I’m just a boy group stan but I really enjoyed watching Queendom 2 that’s why I decided to try writing a review of the final performances! I don’t have any intention of belittling/overhyping anyone, but if the comments become weird I’ll delete this…

2. [+17][-0] I think this was written beautifully and it warms people’s hearts. Every single sentence shows care and consideration.

Why Are VIVIZ (Eunha SinB Umji)’s Visuals Like This?