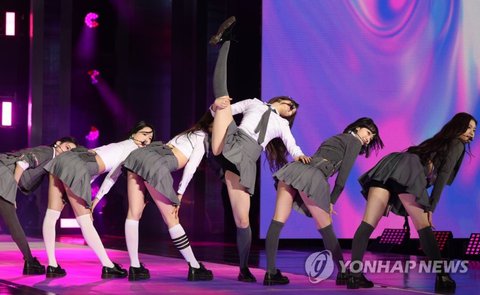 The teasers were already strong/powerful so I thought the stage performances can’t be. I didn’t know it would be like this. This is too fxxking much though?? They’re gonna be sexually harassed so bad.

1. [+389][-128] But I don’t understand why you put screenshots taken at moments like those here either kekeke

2. [+275][-9] Disgusting keke There’s only guys in HYBE that’s why these people’s sexual fantasies are reflected on their artists.

Am I the Only One Who Thinks Kazuha’s Eyes Look Better...