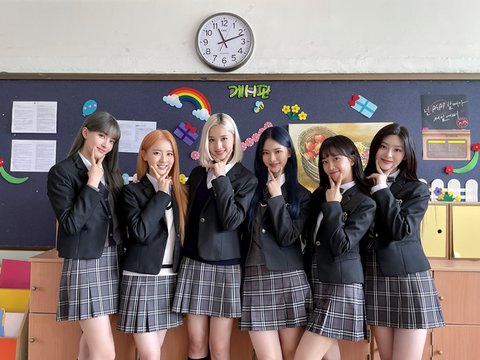 When they heard about people saying all the members are visuals.

‘We never even thought about it.’

This was how they looked when they first debuted, you call that ordinary?

‘Never even thought about it’….

Don’t you think you’re underrating your own looks…

I hope you give that a second thought.

It’s really amazing to have

These visuals and capabilities all gathered in one group.

♥ JjangTAYC ♥ whose members are all visuals is ♥ the best ♥

2. [+64][-41] ? But there are no other visuals apart from is it Yoon?.. Keke The word ‘visual’ is used on people like Irene, Jisoo, Jang Wonyoung kekekeke They’re a case where a group of beautiful uni girls came together and became popular because of their good songs. Poor music quality = dead immediately.

3. [+20][-8] Their overall looks are quite good but there’s not one member who’s beautiful enough to be representative of the generation. It’s just like fromis_9 who always receives comments saying everyone’s a visual member but they don’t have anyone who has top top visuals. SImilar situation.

4. [+15][-3] No one is not pretty so yea. It’s true that their average looks are pretty. Especially Sumin, you have a typical pretty face, why are you saying stuff like that?

Which 4th Gen Girl Group’s Visuals Do You Like Most?