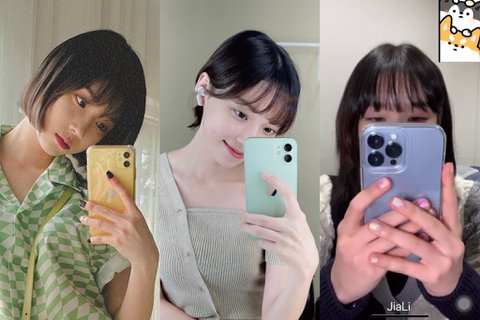 I use one phone for three years. She uses 3 phones in one year. I’m envious, fk.

+I like Winter because she’s fxxking good at singing and she’s pretty. I’m only posting this because I envy her.

1. [+99][-1] The first phone is an 11, the second is a 12, the third is a 13. They are indeed all different. She said herself that she’s the type to get tired of things easily and she likes changing to new things frequently. These phones must belong to her.

4. [+20][-0] I was just wondering maybe she has both her own phone and a phone given by her agency. If not, she has to change her phone number often because of problems like sasaengs, and she might change her phone too.

5. [+15][-0] She changed from the yellow phone to the green one because the yellow one had problems. And for the 13, she must’ve bought it because it was newly launched, not a big deal.