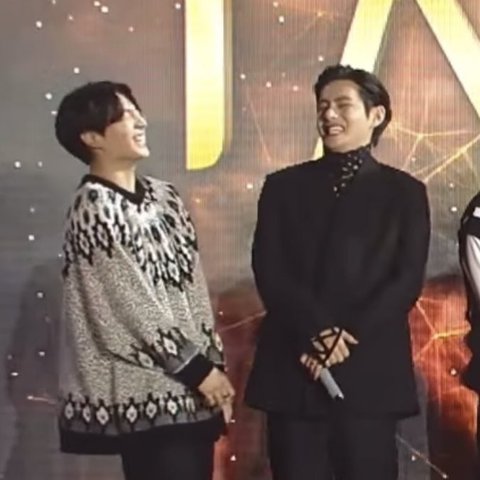 2. [+149][-2] It’s fxxking funny how the two of them are the only ones in a different world kekekekekekekeke

4. [+74][-0] After that, they were separated and put on the two ends when they received their next award kekekeke The hyungs didn’t care keke

5. [+68][-0] You can’t really hear from the broadcast but apparently ‘Butter’ was being played at that time kekeke At first Jin was also bopping to the rhythm kekekekeke They must’ve been really excited kekekeke

American Celebrities Who Took Pics With BTS At AMA